Not Too Young To Run Fruits by Tony Ademiluyi 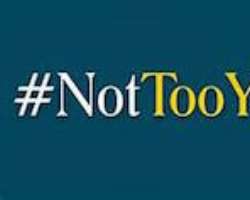 In 2018 the Nigerian National Assembly passed the not too young to run bill which President Muhammadu Buhari gave his presidential assent to. The general public praised both parties for the realization of this bill as the polity is extremely hostile to youths playing key roles in it. Many youths are marginalized to the point of being mere bag carriers and in some tragic cases, thugs for the ruling elite who don’t want to let go of the sweet elixir of power. The then ruling Peoples Democratic Party (PDP) had its youth leader who was well over fifty years of age.

The military intervention which destroyed the fabric of the nation and the attendant brain drain and exile of the brightest and the best to foreign lands especially the west left the youths without adequate mentors and led to this current trend of the breeding of overgrown babies who are literarily still in the diapers well into their fifties in some sad instances.

Indeed this new trend at the States Houses of Assemblies is cheering news as the youths will be in charge of their elders in the various assemblies. These youths are officially the number three men in their states and can even initiate impeachment proceedings against their governors. The bill was a good omen to the beleaguered polity which was earnestly yearning for progressive reforms.

This change has to find its way to the federal level where the oldies still holds firmly sway. The various political parties should de-monetize the process that leads to the emergence of their leaders so that the youths who are economically disenfranchised will be able to muzzle their way through. We need to encourage politics of ideas and vision rather than the stomach infrastructure politics made popular by the likes of former Ekiti State Governor, Ayo Fayose and the late Alhaji Lamidi Adedibu amongst many others who valued the belly more than the medulla oblongata.

For starters, the amount spent to purchase the nomination forms should be reduced so as not to discourage brilliant but indigent young aspirants. The practice of consensus candidacy should also be abrogated as it makes a mockery of the wonderful idea of the party primaries which is meant to bring out the best in the candidates for the larger benefit of the electorate who have been receiving the short end of the stick since the return to democracy two decades ago. The electorate clearly deserves better and the soothing balm they need is for more younger and cerebral people to be attracted to politics.

The polity should be made less attractive. It’s an avenue for selfless service and should be run on a part time basis especially the legislature. The do or die nature should give way for passion if the large perks are done away with. The assassinations, electoral manipulations, financial impropriety will not abate if the stakes are too high. Politics should stop being the last resort to wealth making when all options fail. In the west, politicians are among the poorest professionals. Bill Clinton left office in 2001 after over two decades in politics in debt. His millions came from his speaking engagements and his book writing. Tony Blair became a Member of Parliament at thirty in 1983 and was in partisan politics for twenty-four years which didn’t make him a millionaire. His millions came after he stepped down from Number Ten Downing Street in 2007 from speaking deals and consultancy assignments. The practice of our legislators being the highest paid in the world for doing next to nothing especially those who are either absentees or perpetual bench warmers should cease forthwith.

The ascension of Ogundoyin and co is a sign of greater things to come. We hope this can be speedily replicated at the federal level so that the dividends of democracy can be better felt by the hapless hoi polloi who have been emotionally and physically battered since 1999.