Is Multichoice Nigeria Above Nigeria’s Law? 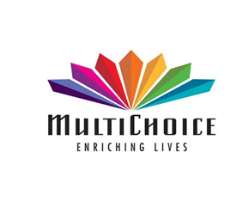 MultiChoice Africa was born on the African continent and its history can be traced back to 1986 when a number of South African media companies formed Africa's first pay TV channel, M-Net.

From humble beginnings, M-Net grew much faster than anticipated. In 1990 it became the first television company to be listed on the Johannesburg Stock Exchange and in 1992 the company first used satellite transmission to reach more than 20 African countries with an analogue service.

In 1995, MultiChoice launched its premium DStv bouquet on a newly-constructed digital platform, which has since grown to cover nearly 50 countries in Africa and adjacent Indian Ocean islands, offering a range of pay-television services with a variety of language options and excellent quality viewing.

Millions of Nigerians are subscribed to DStv; at least a household in Nigeria has DStv or GOtv installed.

The subscription rates have been an issue in recent times as Multichoice Nigeria increases the subscription without putting the consumers into consideration.

One of the major complains from many interviewed is that films are been repeated several times despite the subscription; they rarely introduced news films among their movies.

Another concern was why is DStv not operating Pay As You Watch instead of the monthly subscription whether your decoder is active or not, your subscription is always reading.

Recently, a judge, Nnamdi Dimgba, in Abuja has rejected an appeal by Multichoice Nigeria against an interim order prohibiting any increase in its DStv or GOtv subscription rates.

Multichoice Nigeria had on August 24 filed an appeal against the order of the Federal High Court, Abuja stopping it from increasing the subscription rates to its cable television services. The order was given on August 20.

The restraining order was issued in respect of Suit No FHC/ABJ/CS/894/18 brought before the court by the Federal Competition Consumer Protection Council (FCCPC) in the light of the public outcry raised.

In his order, Mr Dimgba said the interim injunction restrains Multichoice Nigeria or its agents and representatives from “continuing the implementation of any increase in subscription rates or price review policy imposing increased charges and costs on the consumers pending the determination of the motion on notice.”

Besides, the court also restrained DSTV from “further carrying on or continuing any conduct or activity which interferes with or has effect of circumventing the outcome of ongoing investigations by the FCCPC into the company’s compliance or non-compliance with the February 16, 2016 order pending the determination of the motion on notice”.

When the appeal was made, the FCCPC explained that the order stopping implementation of the new tariffs will subsist till the appeal has been heard and ruling given by the court.

This means that the subscription tariffs for Dstv and Gotv ought not to have increased but consumers have been paying the increased tariffs since August.

Under the new price regime, the company said the Premium package subscribers pay about 7.5 per cent more (about N15,800) from about N14,700 every month.

On Monday, during the court hearing, the judge also refused the application by MultiChoice to adjourn the matter indefinitely.

When asked of the measures taken to ensure Multichoice’s compliance, FCCPC Director General Babatunde Irukera said CPC still holds the position that consumers should be paying the old tariff.

“However, the council’s understanding is that Multichoice is not complying with that order of court so that’s why it was important for the court to agree to clarify the situation,” he said.

I can authoritatively say that Multichoice is not complying with the order of court as people are made to pay the new Premium package subscribers pay N15,800 instead of N14,700 every month.

From available records, Multichoice Nigeria has not vacated Justice Nnamdi Dimgba interim injunction restrains Multichoice Nigeria or its agents and representatives from “continuing the implementation of any increase in subscription rates or price review policy imposing increased charges and costs on the consumers pending the determination of the motion on notice.”

Adewole Kehinde is a public affairs analyst based in Abuja. @kennyadewole [email protected]