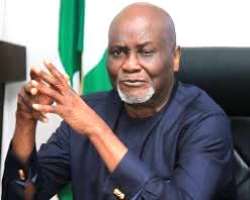 The group therefore appealed to President Muhammand Buhari to extend the tenure of the Special Adviser to Mr. President on Amnesty Programme, Prof. Charles Dokubo and to also confirm the appointment of the Managing Director of the Niger Delta Development Commission(NDDC) Dr Nelson Brambaiyefa .

NDYC National Coordinator, Prince Emmaneul Ogba made this call Friday in Port Harcourt saying both the Acting MD of NDDC and the SA to Mr. President on Amnesty Programme, have performed creditably well.

Ogba explained that the administration of the MD of NDDC has brought sanity to the commission with payment made to virtually all contractors executing projects for the commission across the region.

"Contractors of uncompleted NDDC projects across the region have all moved to sites and serious work going on in most projects.

"The youth have also expressed satisfaction with the leadership of both the Amnesty Head and the NDDC boss because they have shown commitment in the development of the region", he said.

Ogba said that a comparism of the regime of the present NDDC boss with past administrations will show that the new NDDC boss has clear focus.

He also remarked that Prof. Charles Dokubo has demonstrated transparency in the way he handles the affairs of the amnesty programme hence retaining the duo would not only bring accelerated development but sustainable peace in the region.