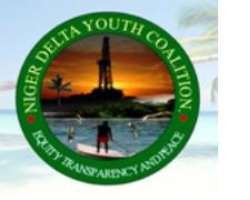 The Niger Delta Youth Coalition (NDYC) has called on the Presidency and National Assembly to expedite action towards granting full autonomy to the local government areas in the country.

National Coordinator of NDYC, Prince Emmanuel Ogba made the call yesterday in an interview with newsmen in Port Harcourt.

Ogba who commended President Muhammadu Buhari for granting financial autonomy to the third tier of government said a full autonomy will make the councils free from political and economic control of the LGAs.

"Every governor that comes, controls to his advantage the resources of the local government areas in his state. If eventually, a full autonomy is granted to the councils, we shall experience effective leadership and extension of the democratic dividends to the rural communities", he said.

He urged the presidency and the National Assembly not to mind the opposition of Governors over the financial autonomy granted to the councils accusing them of being selfish and greedy.

Ogba regretted that LGAs lack direction hence all they do is to mange and pay workers' salary and share the money with cabals that helped install the chairman of the council.

"You cannot see meaningful projects or development in the local government areas compared to the so much allocation given to them by the Federal Government.

"This is a challenge to the two arms of the National Assembly to amend the nation's local government laws to accommodate autonomy", said ogba.

The National Coordinator maintained that unless full autonomy is granted to the LGAs, it would be impossible for meaningful development to get to the grassroots where most average Nigerians reside.

He equally called on the Presidency to take steps towards ensuring that elections be held immediately any incumbent administration ends to eradicate the regime of caretaker, stressing that caretaker system is undemocratic and other avenue for the state governors to control the finances and other resources of local government councils.