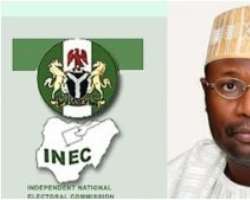 The people of Obetim-Uno Community in Afor, Ndokwa east local government area of Delta State, has dragged the Independent National Electoral Commission (INEC), before Justice Nnamdi Dimgba of the Federal Court, Asaba, for breaching their fundamental human rights since 1999.

The community in a statement Thursday jointly signed by the Paramount ruler of the community, Oghene Annie Nwose, the Okpala-Uku of Obetim-Uno, Chief Prince Okuguni, Chief J.E. Okuse, Community Chief and secretary respectively and four others, and made available to the media, stated, "We are in court to end the constitutional breach, rights abuse and political slavery we have suffered for two.decades".

They also appealed to the state Governor, Dr. Ifeanyi Okowa, to their aid over the age long abandonment.

"Let the governor come to our aid in addressing decades long neglect by successive administration that has abandoned us after successive elections since 1999, without any form of development neither in human capital, road construction, employment, elwctive nor political appointments, since the advent of this democracy."

In the writ if summons deposed at the court by their counsel, Barr. Collins, Osagu, in suit number: A/FHC/ASB/CS/63/2019, in the case that has INEC, INEC Chairman and the state Resident Electoral Commissioner, dated May, 2, 2019, the community is seeking , "A declaration that the defendants' removal of the plaintiffs' electoral activities from Ndokwa East Local Government Area without any justifiable reason is uncosntitutional.

"An order directing the defendants to immediately relocate the electoral activities of the plaintiffs from Ndokwa West Local Government Area back to Ndokwa East Local Government Area to enable the plaintiffs participate in subsequent elections like other citizens of Nigeria; the sum of five hundred million naira, being damages against the defendants jointly and severally for unlawfully depriving the plaintiffs of their rights of participating in general elections in Nigeria from 1999 to 2019," they further claim.

They also demand, "An order of perpetual injunction restraining the defendants, whether by their servants, agents, privies or otherwise, howsoever, from further depriving the plaintiffs of their rights to engage in subsequent electoral process under Ndokwa East Local Government Area'.

The statement, which is titled ‘Gross Injustice and Marginalization Obetim-Uno Community also referred the state government’s attention, "To the oppression suffered by the community as we have been denied elective and voting rights in our local government area, and democratic dividends of any kind."