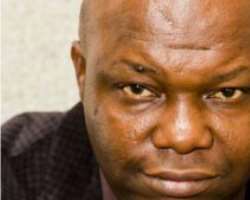 Senate President Ahmad Lawan has caved in to pressure and sacked his Special Adviser on Media and Publicity, Festus Adedayo 48 hours after his appointment.

The appointment of Adedayo, one of the few major appointments by Lawan in his offce as Senate Preident had generated outcry and misgiging by a section of the ruling All Progressives Congress over loyal to President Muhammadu Buhari raised objections on grounds of Adedayo's past criticisms of the Buhari administration.

“The office of the Senate President has reviewed the appointment of Mr. Festus Adedayo as Special Adviser, Media and Publicity and decided to rescind its decision and wishes Adebayo the best in his future endeavours,” the statement reads.

No official reason was offered for the decision, but a group called APC Stakeholders Forum protested against Adedayo's appointment by Lawan, who also retained Olu Onemola and Tope Olowoyeye, aides to former Senate President Bukola Saraki.

Speaking with journalists in Abuja yesterday, the forum's spokesman, Abu Andrew, said the appointments were a glaring reward to people who have insulted President Buhari.

Responding to the development Adedayo said online: “I have never been a politician. But if politicians feel that it is their birthright, they can have the appointment. It is not a do or die affair for me at all. If I go there, I am going there to serve the country.”

Also yesterday, Deputy Senate President, Ovie 0mo-Agege, approved the appointments of Dr. Otive Igbuzor as his Chief of Staff and Yomi Odunuga as Special Adviser, Media and Publicity.In a statement personally issued by him, he also announced the appointment of Lara Owoeye-Wise as Senior Special Assistant on electronic and new media.He explained that the appointments, which took immediate effect, were based on merit.