The 2019 ‘Transform Africa Summit’ Confirms the Future of Digital Economy 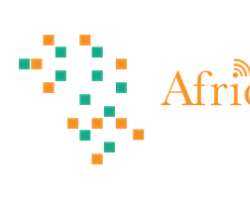 The enviable 2019 Transform Africa Summit that was held in Kigali Rwanda came to a very colorful end on 17th May 2019.This summit that was primarily held to discourse on management of digital economy in Africa was even more pan-African in spirit compared to the several summits that have been held in the past in support of pan African movement. The Summit was attended by over a thousand corporate executives from all over the world. Presidents; Uhuru Kenyatta and Paul Kagame were among those that attended the summit. Both Kagame and Kenyatta had very significant presence at the summit. President Uhuru Kenyatta took the opportunity to call for the trans-boundary ICT infrastructures that is contained in the Kenya government blue print on ICT as one of the state flagship projects. In a nutshell, all the world-class top minds of digital technology at the Summit overtly agreed that Africa is the fastest growing digital economy that needs support through good governance, management of the digital resources, and technical support.

The Summit was held to provide a platform to discuss the latest ideas on digital economy, digital economy management and entrepreneurship in the digital economy. Africa’s governance failures to provide optimum environment for digital economy were often mentioned by the participants at the Summit.Fatouma Ba of Senegal, one of the speakers at the Summit was more concerned with the vices of what she described as Africa’s mobile phone paradox. She cautioned that it is not economically logical for Africa to import more than a billion plus mobile phones every year and yet it cannot afford to start local manufacturing of cell-phone software, gadgets and the related technologies.Fatouma Ba argued that African governance must liberate its domestic digital economies to begin manufacturing mobile phone products.

The summit enjoyed unflagging and good media coverage. It also had spot-on translations for the three languages of Arabic, English and French. However, the local Eastern Africa lingua franca of Kiswahili was not accepted as the language of the conference, this is a clear testimony that Kiswahili is not yet a language of technology. It is not yet a digital language. This linguistic exclusion must have impacted significantly on the indigenous Kiswahili speakers from Kenya and Tanzania. This was evident in the fact that, in spite of proximity, there was no Kiswahili based digital innovations presented for discourse and exhibition at the Summit. This was in contrast to the appalling number of digital innovators and presenters from the Arabic speaking Northern Africa that had very significant intellectual presence at the Summit.

Dr. Paul Ingabire, the Minister of ICT in Rwanda and also the key person at Smart Africa Alliance felicitated the Kenya government, the World Bank and the Smart Africa alliance for their respective unwavering support to ‘Transform Africa initiative’ which is now in its fifth year. In addition, Dr. Ingabire also observed that it is the vision at ‘Transform Africa Summit’ to digitize the broad African economy by working toward having optimum finance tools, support of the human capital, shunning of the traditional industries, subsidizing of the venture capital investments, digitizing of the global chains, boosting of mentorship programs in the technical societies and forestalling of the big organizations from cannibalizing on the small and medium digital organizations in Africa, the small organizations that need to be encouraged to focus on digitizing agriculture, transport and health-care. Dr. Ingabire was very confident in her arguments that digitizing of essential economies in Africa only needs careful ideation, then capitalization, implementation, control and then expansion.

Other topics discussed at the Summit were population explosion in Africa and digital economy, Dr. Edouard Ngirete, working with a government bank in Kigali however, pointed out that increasing size of the youth population in Africa is an opportunity for digital economy but no a challenge as often argued by traditional Western Policy makers. Elzie Kanza, the head of World Economic Forum (WEF) African chapter, supported Ngirete’s argument by clarifying that proper digitization of African economy can solve poverty related problems through e-fight of corruption and cyber-crime through enhanced intergration,e-identity,innovation , connectivity, e-bay, e-commerce and Total quality management for digitized economies.

However, not all the questions challenging viability of Africa’s digital economy were satisfactorily answered. For example, the question by Nick Nudrick, a European participant at Summit, who asked that how can Africa’s digital economy succeed when the sensitive data on African citizens is not kept in Africa, it is in the Western world on the cyber-space data bases like Face- Book, Google, Yahoo, instgram and others, he asked that why can’t Africans keep their digital data in Africa before talking of building the digital economy? This question was not answered.

Most interesting above all else is when Eugene Kaspersky from the Kapersky Laboratory gave a talk on cyber-security. Eugene told the Summit that the modern threats to cyber-security are cyber-criminals and state sponsored espionage. Eugene alerted the Summit that the languages used to develop software for cyber-crime and state sponsored cyber-espionage are Russian, English, Spanish, and Chinese. Eugene also said that it is so unfortunate for now because there is no nation and corporation in the world that has enough resources to protect its digital resources against cyber-crime. However, Eugene argued that cyber-crime can be mitigated through an ICT management strategy known as digital immunity. This is an anti cyber-crime strategy whose process has four components that involve preventing, detecting, investigating, preventing and solving the cyber crimes. These four components of digital immunity will enable the organization to have economic resources and digital resources in a ‘buffer state’ above threat of cyber-crimes. But above all, Eugene pointed out that the best way forward in management of digital economy is to invest in education, especially technical and university education. Eugene is now working on opening a new Kapersky anti-virus soft ware laboratory in Kigali, Rwanda.

The Summit ended up with a tincture of gender and feminist politics especially when Sophia the Robot was introduced to the audience. Sophia is a woman robot. It has features of a mature woman, the voice, rubicund face, subservience, facial expressions, the bust, curves and all the body postures of a middle aged woman. Sophia is tall, with protruding jaw-bone; she was dressed in a sleeveless African long dress. She was designed with artificial intelligence to recognize human voice, interpret vocal data and answer complex questions on African economy, value of digital economy in Africa and feminist politics in the modern world. The gender conscious journalist that was interviewing Sophia asked why Sophia was created a woman but not a man.