Police arrest suspect who made N200m from kidnapping in 6 months 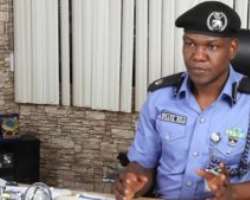 Nigeria Police Force (NPF), Wednesday (19/05/19), paraded an alleged kidnap for ransom kingpin, certain Abubakar Umar, said to have made over N200 million from kidnappings within the last six months.

Umar was paraded alongside 37 other suspects, with one Abubakar Ahmadu, arrested over the kidnap of the chairman of the Universal Basic Education Commission (UBEC), Dr. Mohammad Mahmood Abubakar.

The spokesman of the Police, Deputy Commissioner of Police (DCP), Frank Mba, while parading the suspects in Abuja, said they were arrested by police operative on Operation Puff Adder, between 5th June and 19th June, 2019.

Mba also explained that Umar was responsible for the kidnap of foreign nationals whom he keeps hostage until substantial ransoms are paid.

Interacting with journalists, Umar admitted to have participated in several kidnapping, mainly in Niger and Kebbi States.

He confessed to have worked with superiors, who kidnapped people in Sokoto State where they received N100 million as ransom payments.

He said they also kidnapped people in Oyo State and received about N50 million in ransom payments. Umar also said he coordinated the kidnapping of six people.

He said they kidnapped a Chinese expatriate around Mahuta, in Kebbi State and collected ransom of N9 million, adding that he collected about N20 million as ransom payments for several kidnappings recently in Niger state.

Also interacting with journalists, Ahmadu admitted to have participated in the kidnapping of the UBEC chairman and collected the ransom of N5 million which was divided amongst seven gang members that carried out the kidnapping.