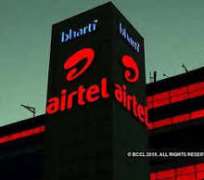 Airtel Nigeria has officially filed an application with the Securities and Exchange Commission (SEC) for listing of its shares on the Nigerian Stock Exchange (NSE).

A senior management source, who pleaded anonymity, confirmed the development to the News Agency of Nigeria (NAN) in Lagos on Tuesday.

He noted that the application was filed by the company two weeks ago, adding that the commission was presently looking at it in line with its rules and regulations.

The source said SEC would continue to protect the interest of investors in the market in line with its mandate to regulate and develop the capital market.

The source added that the application would be given express consideration if the company met all the requirements for listing on the nation's bourse.

NAN reports that Airtel Africa Ltd, a unit of India's Bharti Airtel Ltd, said on June 17, that it intended to list its shares on the NSE at the same time with the London Stock Exchange (LSE).

The company said although the listing on the NSE was on, it had set a price range of 80 to 100 pence per share for its planned Initial Public Offering (IPO) on the LSE.

The company said conditional dealings in its shares were expected to begin on or around June 28, and the final pricing would be announced the same day.

The IPO for the London listing is expected to raise 595 million pounds (749.05 million dollars) from the issuance of about 595.2 million to 744 million new shares.