Nigerian prisoners in china versus their organs 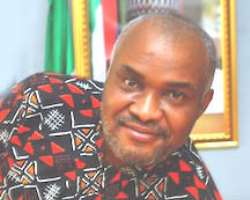 In 2005, I visited China and spent weeks on the bills of that communist state which sponsored spontaneously selected African journalists to visit certain places of significance in that Asian tiger and the number two strongest economy in the world.

I must say that I had very wonderful memories to share from that trip which nevertheless was a heavily guided but lavishly generous tour since we were the guests of the central government of china. On the very few occasions I had the opportunities to sneak away from the official itinerary, I saw lots of things that convinced me that China operates like a place whereby the “big brother” watches over your movements..

As at the time I travelled to China, it looked to me like a very friendly place even as the expectation that there would be armed troops of soldiers and police at every spots was dashed. I could not notice too many armed police presence. However, China has a very effective means of combating crimes with the deployment of technology.

The kind of close markings through effective close circuit televisions and much of these almost invisible technological tools for combating crimes give to all residents, would make you to immediately conclude that those tools are effectively working as deterrence. In Great Britain, at every point you are cautioned that CCTVs are installed. But in China not one place did i get to hear that there were close circuit tvs. China is highly secretive.

This however, is not to say that China has zero crime rate. Infact in China every year, thousands of convicted prisoners are executed making that Asian nation one of the most well-known users of the death penalty maybe next to Islamic kingdom of Saudi Arabia.

After that eye opener, I have always monitored developments in China. This is because of the status of China as one of the richest nations in the world. Also, as a professional writer, you cannot afford not to monitor goings on in China and about China because it has the largest concentration of human beings in the World and the levels of human rights' violations in China are highly disturbing.

China is such a closed society that does not tolerate Western religions even as the government appears brutal with the treatment of all kinds of prisoners.

If you read stories of how China tortures all of her human rights activists who are jailed for preaching and seeking political pluralism and respect for fundamental human rights, you would then be able to hazard a guess regarding how these security forces in China will clamp down on foreigners who are imprisoned over one criminal case or the other. If they mistreat their people how much more foreigners?

Speaking about prisoners in China reminds us of the large presence of Nigerians living and eking out a living in China. Nigeria’s embassy in Beijing is one of the biggest signifying that in terms of diplomacy, China ranks highly in the thinking of Nigerians.. Experts reports that although Nigeria – China trade has grown exponentially over the last few decades, the two countries trade relations have remained disproportionate in favour of China.

“Nigeria is a perennial importer of Chinese goods thus giving rise to capital flight and the weakening of the Nigerian manufacturing sector”, (Efem N. Ubi).

In spite of this apparent trade imbalance, Nigeria has continued to look up to China as key partner in the areas of economic and diplomatic cooperations. Recently, the government of President Muhammadu Buhari appears to have excessively borrowed from China and much of these debts accumulated go into servicing the recurrent segments of our domestic economy and only a drop out of the ocean are invested in the development of infrastructures that have virtually collapsed.

A compound reading of Nigeria’s foreign policy objectives shows that we have failed to negotiate and trade with China from a position of strength but of weakness rather than striving to build our local industries by not allowing so much of products of China to flood into the Nigerian markets even when not too much of our home made products are patronized by the Chinese.

Nigeria’s foreign policy is also not compiled with in the way the Nigerian government minitirs the treatment of Nigerians in China's prisons. section 19 of the constitution unambiguously states thus: “The foreign policy objectives shall be - (a) promotion and protection of the national interest; (b) promotion of African integration and support for African unity; (c) promotion of international co-operation for the consolidation of universal peace and mutual respect among all nations and elimination of discrimination in all its manifestations; (d) respect for international law and treaty obligations as well as the seeking of settlement of international disputes by negotiation, mediation, conciliation, arbitration and adjudication; and (e) promotion of a just world economic order.”

The framing of bilateral agreements with China on how Nigerians in conflict with the laws of China are treated is not favourable to our national interest. This is dangerous giving that there are over 500 prisoners of Nigerian origin in China. This high number of inmates of China’s prisons is disturbing if we analyze what has just come out of a hearing of a tribunal in which it was found out that human organs of prisoners are harvested in China.

An independent tribunal sitting in London Yesterday concluded that the killing of detainees in China for organ transplants is continuing, and victims include imprisoned followers of the Falun Gong movement, reports The Guardian.

The ChinaTribunal , chaired by Sir Geoffrey Nice QC, who was a prosecutor at the international criminal tribunal for the former Yugoslavia, said in a unanimous determination at the end of its hearings it was “certain that Falun Gong as a source - probably the principal source - of organs for forced organ harvesting”.

“The conclusion shows that very many people have died indescribably hideous deaths for no reason, that more may suffer in similar ways and that all of us live on a planet where extreme wickedness may be found in the power of those, for the time being, running a country with one of the oldest civilizations known to modern man.”

He added: “There is no evidence of the practice having been stopped and the tribunal is satisfied that it is continuing.”

The tribunal has been taking evidence from medical experts, human rights investigators and others.

Among those killed, it has been alleged, are members of religious minorities such as Falun Gong. Persecution of the group began in 1999 after it had attracted tens of millions of followers and came to be seen as a threat to the communist party.

There is less evidence about the treatment of Tibetans, Uighur Muslims and some Christian sects.

Chinaannounced in 2014 that it would stop removing organs for transplantation from executed prisoners and has dismissed the claims as politically-motivated and untrue.

The tribunal was initiated by the International Coalition to End Transplant Abuse in China (Etac) and its members, all of whom worked without payment, included medical experts.

Waiting times for transplantation offered by hospitals in China were extraordinarily low, the tribunal noted, often only a couple of weeks.

Investigators calling hospitals in China inquiring about transplants for patients, the tribunal said, have in the past been told that the source of some organs were from Falun Gong followers.

As many as 90,000 transplant operations a year are being carried out in China, the tribunal estimated, a far higher figure than that given by official government sources.

There have been calls for the UK parliament to banpatients from travelling to China for transplant surgery. More than 40 MPs from all parties have backed the motion. Israel, Italy, Spain and Taiwan already enforce such restrictions.

China insists it adheres to international medical standards that require organ donations to be made by consent and without any financial charges. It declined to participate in the tribunal. Nigeria which has 500 prisoners or more did not bother to even observe these phenomenal tribunal proceedings in London. This is strange and offends our foreign policy objectives. Nigeria's current weak negotiating framework with China is not helped by the avarice of the current political leaders in Nigeria to keep approaching China cap in hand begging for all sorts of credits facilities. There is however no doubt that the Nigerian state is aware of the phenomenon of human organs theft which has become a hydraheaded monster.

In 2017, The Federal Ministry of Health says Nigerians travelling outside the country for medical attention should be very careful due to the rising cases of illegal organ harvesting by some hospitals

The warning was contained in a letter written by the Minister of Health, Prof. Isaac Adewole, and signed by the Director of Hospital Services, Dr. Wapada Balami.

In the letter, which was addressed to the President of the Nigerian Medical Association, Dr. Mike Ogirima, the minister said Egypt had recently arraigned 41 suspects for illegal organ harvesting.

Adewole, therefore, urged the NMA President to ensure that people were informed of the dangers of undergoing surgeries abroad.

According to the letter with reference number, DHS/387/1/12, some of the private hospitals which have been indicted in Egypt include: Dar al-Shefa in Helwan Cairo; Al-Bashar Specialist Hospital in Faisal Giza; Al-Amal Centre for General Surgery in Mauritenya Giza and Dar Ibn Al-Nafis Hospital, Giza.

The letter, titled, ‘Re: 41 suspected illegal human kidney traffickers on trial in Egypt, dated October 11, 2017, read in part, “I am directed to inform you of the above subject matter and to inform you that information reaching the Presidency revealed that there is an increase in illegal harvesting and transplanting of human organs.

“Kindly note and disseminate this information to doctors in the relevant specialties to be aware so that Nigerians will be circumspect while embarking on medical tourism in other countries.”

The Director of Media at the ministry, Mrs. Boade Akinola, told the media that the letter was written to the NMA in order to inform doctors on the new threat.

Akinola said the ministry was also taking other precautionary steps. The question for Nigeria is why it has made no effort to ensure that Nigerians picked up by Chinese security services do not disappear into thin air and their human organs harvested. What is then our national response to this emerging information from a credible and globally independent tribunal that sat in London the United Kingdom? Will Nigeria behave like it doesn't concern us? I don't honestly think we should abandon our citizens in China to be used as sources of human organs trafficking by the Chinese authority. The fact is that since Nigeria is becoming too dangerous for human habitation millions of Nigeria will migrate to other climes to seek for safety and security. But should what we call government abandon these citizens to such cruel fate as is in the case in China?

These are clear signs that this emerging scenario of organ harvesting from prisoners in China may be a thing of interest to Nigerians.