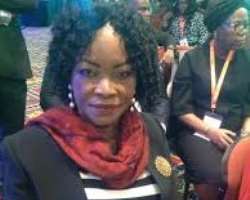 Mrs Chukwu, who lodged at Emperor Palace Hotel, was at the closing dinner night event on Wednesday.

She was full of life before she retired to bed after the dinner.

The late DDG was scheduled to travel back to Nigeria today but she died before the journey.

CIIN President Eddie Efekoha confirmed the report and said the institute was waiting for the doctor's report to determine the cause of her death.

The Nation learnt that she returned to her hotel room after the dinner alongside a senior female colleague before they separated and went into their different rooms.

It was also learnt that the colleague knocked on Mrs Chukwu's hotel room door the following morning, calling her out for breakfast but she did not answer.

The colleague reportedly left, thinking she was still sleeping.

After the breakfast, her colleague again knocked on her door but without getting a response.

When it was time to go to the airport to catch their flight, Mrs Chukwu's colleague again knocked and called her on her phone, yet there was no response.

A colleague felt Mrs Chukwu had gone to the airport to check in early.

When she got to the airport and did not find her, she hurried back to the hotel, called her number and found that the phone was ringing in her room.

Her colleague then raised the alarm and called the attention of the hotel management.

The door to her hotel room was forced open and Mrs Chukwu was found dead on the bed.

He body was said to be at the mortuary when our correspondent made inquiries about her last night.

Mrs Chukwu's is the third death recorded in one week in the Insurance sector. (The Nation)