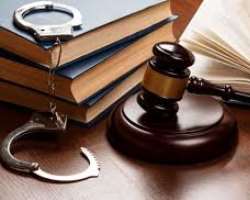 Justice Mike Okonkwo of court 2 , Otuocha High Court, Otuocha Judiciary Division will today (Thursday) continue hearing in the plea by parties in a murder case and attempted murder case between the state and Ezeanyom Chinzo Ikemba and six others.

Twenty witnesses including police officers caught in the fire and wounded at Okosa land crisis, Nkwere Ezunaka, Oyi council area have been pencilled down to testify on the seven count charge over murder and attempted murder brought by the state against Ezeanyom Chinzo Ikemba and six others.

They were accused of killing and burning the face of Sampson Aliegu, while Ikechukwu Opene was murdered and burnt to ashes over Okosa land.

Okosa land was said to belong to Ugwuezeamuma family of Nkwere Ezunaka, but Umuobia family allegedly sold acres of the land to speculators, thereby creating crisis that has led to maiming of lives and destruction of property.

They were equally accused of attempted murder of Obinna Okoye and others.

Sgt. Sunday Ibe and others sustained injury in the shoot out at Okosa land allegedly masterminded by the six accused and their cohorts.

The accused lawyer is O.N Okoro Esq with others, while C.G Okonkwo-Okom Esq is the Chief State Counsel

The O.C legal SARS is DSP C.I Obi Esq whereas the IPO is ASP Olima Jackson.