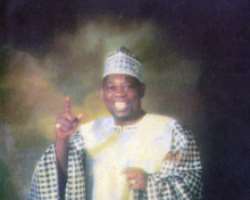 In June 12, 1993, a presidential election was held in this country and when it became obvious that the candidate of the Social Democratic Party, Chief MKO Abiola was coasting to victory, the military junta under the leadership of General Ibrahim Babaginda annulled the election. It was a political tragedy and setback of which the country is yet to recover. The symbolism and importance of June 12 was the first concrete step towards power shift. The belief then was that one part of the country was ordained to rule. MKO Abiola shattered that political myth. The election also decimated religious and ethnic dogmas as the Moslem/ Moslem ticket of SDP against the Moslem/ Christian ticket of NRC won the election.

Last year, President Muhammadu Buhari spelt out the importance of June 12 and the need to make it a national holiday and a democracy day against the practice of May 29 as democracy day. In the usual Nigerian culture of political duplicity, perfidy and sophistry, some people alleged that Buhari did it to score political point. But the facts remained that for about sixteen years when the PDP was in power nothing was done to recognize the contributions and sacrifices of MKO Abiola towards the growth of democracy. In fact, Chief Olusegun Obasanjo who was the major beneficiary of June 12 struggle tried to deny the existence of June 12. But it is on record that because of June 12, two Yoruba sons were allowed to contest the 1999 presidential election. As for Dr Goodluck Jonathan, he made half -hearted attempt to name the University of Lagos after Abiola without recognizing Abiola as the winner of June 12 election. Therefore what Buhari did in making June 12 democracy day is to put the sacrifices of MKO Abiola in historical and political context and that generations yet unborn shall continue to drink from the spring of political relevance of that epic event.

Today as we celebrate democracy day in honour of Abiola, there are certain salient questions we must ask. The present crops of politicians are just disappointment. Conducting of party primaries is more of imposition of candidates by the party bigwigs. Elections in this country are more of war and highly monetized. That is why when elections are conducted, the military barracks are empty as the army and the police continue to police the whole nation. This is a sad commentary on the political development of the nation. Celebrating June 12 shall remain a hollow ritual as long as our politicians do not obey the basic tenets of democracy. Here we are practicing democracy without democrats. MKO Abiola will be rolling in his grave as to the stripe of politicians that people the political space.

In respecting the memory of Abiola, all Nigerians should pledge to contribute their quota to the growth of the country. And that we should encourage patriots to contest and not those whose patriotism is not as deep as the breast pocket of my shirt. We need governors who will not hijack the allocations of local council areas. We do not need governors who conduct council elections and only their parties win the elections. We do not need senators who receive about sixteen million naira as monthly allowances whereas the states governments are struggling to pay workers’ salaries. In fact, we need a democratic government that will serve the interest and welfare of the people, the owners of electoral sovereignty. If the art of governance cannot address the welfare and security of the people, then it is a shade better than dictatorship. In celebrating June 12, we are passing a powerful message on the nuisance value of military rule. But it becomes irrelevant if the mass of the people cannot reap the benefits of democracy. MKO Abiola, sleep on.