Cybercrimes Act will be amended---FG 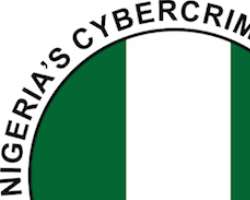 The Federal Government has stated that the Federal Ministry of Justice is committed to pursuing the amendment of the Cybercrimes Act, which many lawyers, journalists and activists have considered repressive, unconstitutional and illegal.

This was stated today by Mr. Terlumun George Tyendezwa, Head, Cybercrimes Prosecution Unit, Federal Ministry of Justice, at a Media Interactive Session on the ‘Constitutionality and Legality of the Cybercrimes Act in Nigeria’, organized by the Socio-Economic Rights and Accountability Project (SERAP) in collaboration with the National Endowment for Democracy (NED), USA.

At the Media Interactive Session held in Ikeja, Lagos, Mr. Tyendezwa said: “The Cybercrimes Act is not perfect. One of the reasons why I am here is that I have an open door, we want to engage on the Act. We are interested in engaging with all stakeholders in the Justice sector. Whatever is not useful, we can seek amendment on this. From the point of passage, we as the operators knew that there were things that need to change. We are presently collating memoranda on amendment of the Act. But amendment takes time and cost money.”

He also said: “We know the importance of law as a social driver. The office of the Attorney General of the Federation and Minister of Justice continues to place high value on entrenched fundamental human rights and engaging with all stakeholders on the Cybercrimes Act is one of our approaches.”

Earlier at the meeting, a group of lawyers, journalists, activists and other stakeholders unanimously declared the Nigeria’s Cybercrimes Act as “repressive, oppressive and unconstitutional. The Act should immediately be repealed or dropped, as many of its provisions blatantly offend the rights to freedom of expression, association and media freedom.”

The group also called on the next Attorney General of the Federation and Minister of Justice to “prioritize challenging in court the constitutionality and legality of the Cybercrime Act, which is antithetical to respect for freedom of expression including online and the government’s commitment to fight grand corruption.”

Earlier, Mr Tayo Oyetibo, SAN in his paper titled The Constitutionality and Legality of the Cybercrimes Act in Nigeria stated: “the supremacy of the constitution over every other law is an immutable principle of Nigerian constitutional law derived from the provisions of section 1(3) of the constitution itself. In creating criminal offences, section 24(1) of the Cybercrimes Act uses words that are entirely subjective in meaning to describe the actus reuselements of the offences, despite the fact that the actus reus of an offence ought to be capable of objective and not subjective definition.”

According to him, “Worse still, the Cybercrimes Act makes no effort to give certainty to the meanings of any of the words used in its section 24(1) by defining them anywhere in the Act, which means that only judicial definitions can be given to those words in any case where a person is charged with an offence under section 24(1) of the Act.”

The paper read in part: “In the context of the constitutionally guaranteed right of citizens to freedom of speech under the Nigerian constitution, there is the pressing question of whether the Cybercrimes Act is fit for the purpose pursuant to which it was enacted, particularly in view of the provisions of its section 24(1)?”

“It would appear that the answer to this poser is in the negative, which means that it is imperative for deliberate steps to be taken to remedy the situation, particularly against the backdrop of widespread complaints against the deliberate misuse and abuse of the Cybercrimes Act against certain categories of persons in Nigeria.”

“In this regard, this is not a matter in which long winding technical recommendations are necessary. The simple recommendation is that section 24(1) be entirely deleted from the Cybercrimes Act, due to its apparent irreconcilability with the provisions of section 36(12) and 39(1) of the constitution.”

“From a practical standpoint, it means that a person charged with an offence under section 24(1) of the Cybercrimes Act will involuntarily be playing the lottery of judicial interpretation of the words and phrases used in that section. This is because virtually all of the words used in section 24(1) of the Act are of such personal character that, any attempt to define them is entirely subject to the whims and caprices of two different sets of people- complainants and judges.”

“It is impossible for a person to be convicted of an offence under section 24(1) of the Cybercrimes Act without conjecture or inference by the court as to the meanings of the words used in that section. Worse still, such conjecture or inference can only be imputed by the court at the point of delivering judgment in the matter, at which point the accused person will not have had the opportunity to be heard by the court as to the court’s interpretation of the meanings of those words and phrases.”

“Freedom of speech and freedom of assembly are part of democratic rights of every citizen; our legislature must guard these rights jealously as they are part of the foundation upon which the government itself rests.”

“It is clear that section 24(1) of the Cybercrimes Act portends great danger for every person in Nigeria. This is by reason of the fact that at the time of issuing any communication in exercise of the right to freedom of expression, it is impossible for a person to determine whether or not an offence is being committed under the Cybercrimes Act. Surely, this is the exact scenario that the framers of the constitution sought to legislate against by the inclusion of the express provisions that are sections 36(12) and 39(1) of the constitution.”

“24(1) is a tool that readily lends itself to abuse and misuse by those in authority against freedom of expression in Nigeria. This is particularly because the Cybercrimes Act contains no safeguards whatsoever to the enforcement of section 24, which carries with it severe criminal sanctions.”

“The Cybercrimes Act is already in desperate need of a significant overhaul to ensure that it does not unwittingly and unconstitutionally place citizens at the unfortunate risk of the luck of a criminal draw.”