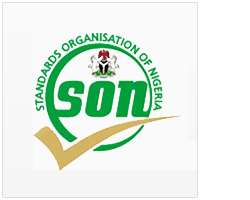 The Standards Organization of Nigeria (SON) has tasked Nigerians on attitudinal change to ensure production and consumption of quality products in the country.

The DG represented by Mr Saleh Babaji, Regional Coordinator, SON, South -South, said that capacity building was one of its organisational mandate to keep all stakeholders informed of the basic standards required of them in the course of production.

He said that people's attitude to cheaper and substandard products was a major challenge which the industrialists have to resist in order to remain in business because any business that fall short of the SON standards would be prosecuted.

"The capacity building is not only for our staff but for our stakeholders to enable them understand our mandate that we are adding value to what they do and they also make our work easier.

"Particularly now that the 2015 Act has given the Agency more power and our functions more elaborate, getting the stakeholders to understand us makes our work more easier.

"Why we are calling for attitudinal change is for them to reject substandard products and embrace standards to ensure quality products.

"We are also urging for collaboration of all stakeholders to check the porous borders through which people smuggle in substandard products into the country.

"If the industrialists collaborate with us to check fake and substandard products, it makes our job easier and they too will secure their products have more markets for their products, " Aboloma said.

Mr Chamberlain Nwaeze, Lead Consultant, Kusarha Nigeria Limited, said that the workshop was apt to sensitise, educate and inform the people on best practices in line with SON standards.

"If we are not careful, we will allow all the fake products take over our markets and the implication is that this will affect the peoples' health from their consumption.

"We appreciate SON for collaborating with us to ensure that we power this programme on Laboratory Services.

"When you sensitise people on the danger of producing and consuming fake and substandard products, they become conscious on what to produce and what to buy.

"This products before they come into the market must conform to standards haven been tested in the laboratories satisfied by SON," he said.

On his part, Mr Ojo Akogun, Edo State Coordinator, SON and the Resource Person, said the stakeholders have been exposed to all they need to know by SON for them to take home and implement.

He said that they have to produce their products according to the specification and laid down standards to ensure quality.

He warned that any industrialist who failed to comply to SON standards would be prosecuted and products confiscated with the company closed.

According to him, all industrialists must wake up and embrace the right attitude based on SON standards.

"SON has laid out the procedures for standardising every products which must be followed.

"We have laboratories across the country for testing nearly all products to ensure standards, so, the industrialist must embrace the standard of SON to remain in business.

"Seeking high profits for a substandard product could rock the producer because when caught and prosecuted, he will lose every profit from such illegality business".

Some of the participants, Mr Godspower Pererokosa and Emeka Uwabuike thanked the SON for the exposition and pledges to ensure standards.

Pereokosa said that he enjoyed the topic on calibration which he said would help his organisation get the right results in line with SON standards.

He called for a wider publicity to enable more stakeholders in the SME's participate in such workshops.

On his part, Uwabuike, said that SON has done a good work by sensitising the public but they should back it with action.

"The peoples attitude as in quest for cheap and substandard products is driven by the current economic factor.

"The peoples attitude may change if the various institutions and Governments begins to do what is expected, particularly when offenders are being prosecuted," he said.