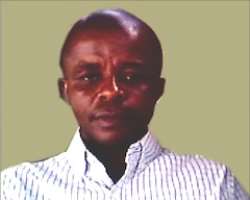 The out-of-the-ordinary political interplays and considerable uncertainties of the past weeks created by new and returning members of the 9th angling for principal positions in both the Senate and House of Representatives, have in a well-defined order exposed a systematised interest the Executive arm and the ruling party have in the 9th Assembly - a development attributable to the imponderable experience from the unfinished ‘war’ with the outgone 8th Assembly.

What, however, makes the present situation very disturbing is that an exercise like the election of principal officers which constitutionally remain an internal affair of the Assembly has suddenly against all known logic got characterized by national intrigue with non-members of the Assembly underlining the advantages, and otherwise of having a particular lawmaker in a given position.

To understand more fully, the objective of this piece, it is important to clarify that like the vast majority of Nigerians, I am not interested in who becomes the President or holds whichever position in the 9th Assembly, I am also in agreement with the wise words of Elie Wiesel, a Romanian-born American Jewish political activist and Nobel Laureate, that in every issue, people must take sides as neutrality helps the oppressor, never the victim. And silence encourages the tormentor, never the tormented!

These facts notwithstanding, it is important that as a nation, we must ensure at all time that, ‘the means we take to achieving a defined intention must be as pure as the purpose we seek.

As an illustration, I read with real curiosity a remark credited to Senator Danjuma Goje (APC, Gombe Central), announcing his decision not to contest the Senate presidency.

In his words; I should be able to appreciate the leadership coming from our elders. So in spite of all these calls, in spite of all the support, I have among my colleagues in the Senate, I have decided to in deference to the loyalty I have for his Excellency, President Muhammadu Buhari and in deference to the loyalty I have for my party, the APC, in the interest of our party and the development of this country, in order to assist Mr President to deliver his promises, I have decided to respect his wish by not declaring to contest this senate presidency. Instead, I am supporting the party’s position thereby endorsing the candidature of Senator Ahmed Lawan.

Ordinarily, this should not have come as a total surprise as Senator Goje is at liberty to withdraw, and enjoys constitutional right to support any candidate of his choice. But there is in my understanding, something fundamentally new and different about the announcement.

Aside from the fact that what happens before the elections have a lot of influence on how the government treats its people, Senator Goje by his own admission that he dropped his ambition in deference to the loyalty for his excellency, President Muhammadu Buhari and in deference to the loyalty for his party, the All Progressive Congress,(APC), has barefacedly confirmed the position canvassed by a leadership guru, Professor Sydney Finkelstein, that flawed decisions by leaders start with errors of judgment and fueled by the presence of inappropriate self-interest, distorting attachments and the presence of misleading memories.

With the above fact in view, turning down support from colleagues who are convinced of your leadership capacity, just because of the so-called loyalty to Mr President and his party is but synonymous with robbing over 200million Nigerians their right to vibrant, more deliberative and productive 9th Assembly.

Notably also, if not errors of judgment and distorting attachments on the part of the Senator, he should have remembered that it was a similar relationship in the past that set the stage for situations in the Senate where constructive debates were given no chance and seen as unnecessary and divisive. Deferring political ideas and strategies perceived as destructive to the nation’s interest, open discussion is seen as a challenge to the leaders. And outspoken lawmakers, with a different set of ideas, values or organizing technique addressed as the enemy within.

As an incentive, instead of making loyalty to the President and the APC a reality to worry about, what needs to be the preoccupation of the members should include; how to make a difference for Nigerians of every social class and in every field of endeavour, how to do something worthwhile in the venerated space as well as how to internalize the advice by Senator Bukola Saraki, the immediate past Senate President, who during the valedictory service of the 8th Assembly cautioned thus;

‘My advice to whoever succeeds me is therefore along the same vein: be there for the people. Act in the interest of the average Nigerians, keep the legislature always at the behest of the citizens, let it be a people’s parliament. Whoever succeeds me, that person will still be a product of the 8th Senate. We did it together. Let there be continuity. When Nigerians cried out for help, we did not turn deaf ears. Where there was contention or strife, we were agents of peace and helped to find the way forward.

That in my opinion, is the way to go.
For the 9th Assembly to, therefore, move forward there should be a small shift in policy that will guarantee a visible change. They urgently need to remember that there is little hope for us as a people until we become toughminded enough to break loose from the shackles of prejudice, half-truth, and downright ignorance. As any nation that produces softminded men purchases, its own spiritual and socio-economic death at instalment plan’.

I end in this manner; when asked to share his thought about leadership, Lee Kuan Yew, a one time Prime Minister of Singapore stated that; leadership is more than just ability. It is a combination of courage, determination, commitment, character and ability that makes people willing to follow leaders.