It Is Too Much For Fulani Myetti Allah 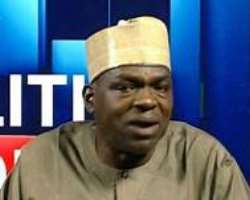 The Sun Newspapers in June 2018, that was last year, published an article where a key scribe of the Myetti Allah, a Fulani org., said that land across the country belongs to the Fulani, and they must take over all.

An Ohaneze stakeholder responded, telling the Maj. Gen. Muhammadu Buhari govt to call them to order. The Myetti Allah's despicable utterance was sequel to the hacking of innocent indigenes of Plateau state to death. The abhorred killing was suspected to be the activities of Fulani herdsmen.

In two days massacre of innocent natives in Plateau in May, 2018, over 150 persons lost their lives and property worth millions of naira were ruined.

The Federal Government under the leadership of Buhari, a Fulani himself, didn't deem it wise to say that the comment coming from Myetti Allah was treasonous. No. The government looked the other way round, while the Myetti Allah continue to have a field day.

Before that dastardly comment, this rather dangerous group, had made many spurious comments against ethnic groupings across the country. Yet, the govt under Buhari eyes right.

The recent comment credited to the supposed terrorist organization was that they will boil Igboland soonest since the people are very stubborn to submit their aboriginal lands for the purpose of grazing by the Myetti Allah's cattle rearers. Yet, the government under Buhari has never called the group to order or make any arrest for terrorising Ndigbo.

Before the crass Myetti Allah begins its already futile operation on arrival in Igboland, the members should be reminded that the Federal might in 1967 thought it would be easy to extirpate Ndigbo from the surface of the earth within one week, but the Federal government sweated in the hands of Ndigbo in the 3 years (un)civil war. This war could be described as a war fought in the days of Homer and Ndigbo were able to withstand the Nigerian Paraná aphelia upon the arsenal of supporters aiding the Nigerian soldiers from overseas. Let the Fulani be reminded that 1967-70 is not 2019.

Ndigbo are a peace loving people. Our spirituality is founded on LIVE AND LET'S LIVE. Anyone with an obverse thought does not live in Igbo communities.

Let the government under Buhari keep on paying lip service to the heinous activities of Fulani herdsmen across the country. No one wakes the lion from sleep and stays. It is enough of Myetti Allah and the government that blesses whatever the Fulani do. Evidence is the statement by such government encouraging Fulani destructive activities, by recently telling towns and villages across Nigeria to give up their ancestral lands for the Fulani for peace to reign.

However, in the alleged words of the Ohanaeze President, Chief John Nwodo, Ndigbo are not afraid of Myetti Allah's threat against them.