By Youth Advocates For Peace Justice And Empowerment Network (YAPJEN) 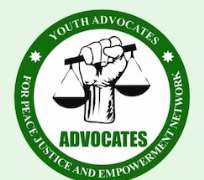 A Human Right, good governance and social justice advocacy group, Youth Advocates For Peace Justice And Empowerment Network (YAPJEN) has called on the the President Muhammadu Buhari led Federal Government and the Inspector General of Police to take urgent steps and adopt stringent measures to redeem the image of the Nigeria Police Force and restore the confidence of the citizens in the force.

*Amb. Timothy Nwachukwu, The Executive Director, Youth Advocates For Peace Justice And Empowerment Network (YAPJEN) has advocated that regular training programmes should be organized to enhance professionalism and productivity of the Nigeria police in the critical areas of investigation, intelligence gathering, guard duties, surveillance/conflict resolution and management, prevention of cases.*

Amb. Timothy Nwachukwu, A model United Nations Ambassador while addressing a cross section of Activitist in Awka the State capital showered encomiums on Anambra State Commissioner of Police, Mustapha Danduara for the recent strides of the State Command which include the recent apprehension of the killers of an Undergraduate of Nnamdi Azikiwe University Awka who was gruesomely and senselessly

murdered and her body dropped at Government quarters Awka,

arrest of Cultist and criminals rampaging within the state.

forms of extortion of money from the public at several check point while some citizens are made to part with their hard earned resources at ATM point, thus leaving their victims and helpless citizens losing hope in the police whose primary duty is to secure it's citizens.

has impeded the performance of the security Agency.

He stated that unknown to many Nigerians, most police officers buy the cloth materials for their uniforms and sew them with their personal money, buy their shoes, buy recharge cards to make calls on cases.

He therefore called on the Federal Government to increase it's budgetary allocation to the police force.

Amb. Timothy Nwachukwu charged the Leadership of the Nigeria Police force to intensify its partnership with civil Society organizations in holding seminars, symposia, workshops and conferences aimed at changing the minds of its personnel on corruption as to enhance their integrity.