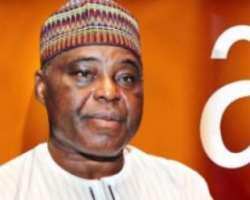 Socio-Economic Rights and Accountability Project (SERAP) has urged President Muhammadu Buhari to “prevail on the National Broadcasting Commission (NBC) to immediately end the suspension of the African Independent Television (AIT) and RayPower FM, and to strengthen the independence of the NBC, if the country’s constitutional and international legal commitments to freedom of expression, media freedom and access to information are not to be undermined.”

NBC in a statement accused AIT/Raypower of embarking “on use of inflammatory, divisive, inciting broadcasts and media propaganda against the government” and failing “to meet financial obligations to the regulatory authority.”

But SERAP in a statement today by its deputy director Kolawole Oluwadare said: “These grounds are so subjective that if allowed to stand would seriously undermine freedom of expression, media freedom and access to information in the country. The mere fact that forms of expression on AIT/Raypower are considered by NBC to be insulting is not sufficient to justify the indefinite suspension. These grounds do not meet the requirements of legality, reasonableness, due process, necessity and proportionality.”

The organization said: “We are considering all the legal options to challenge this blatant illegality.”

The statement read in part: “The suspension amounts to unnecessary or disproportionate interference with freedom of expression and media freedom. The NBC ought to show a greater level of independence in the exercise of its statutory powers. Without independence, the NBC cannot satisfactorily perform its duties. If allowed to stand, this suspension may be perceived as a threat to restrict the media, and open the door to limitations on expression and media operations. This would be entirely inconsistent with constitutional provisions and international law, and undermine the government’s commitment to fight grand corruption.”

“The Nigerian Constitution of 1999 (as amended) and international human rights treaties to which Nigeria is a state party should provide a baseline standard for the operations of the NBC. Similar to Section 39 of the Constitution, Article 19(1) of the International Covenant on Civil and Political Rights, which Nigeria has ratified protects everyone’s right to hold opinions without interference, a right not subject to any restriction. Article 19(2) protects everyone's right to seek, receive and impart information and ideas of all kinds, regardless of frontiers and through any media.”

“The right to freedom of expression has long been understood to require States not only to avoid limitations on the right but also to promote an environment that is conducive to this fundamental freedom. This follows from the wording of the provision itself, which in addition to establishing an obligation to protect also establishes an obligation to promote.”

“The Human Rights Committee and other mechanisms have emphasized the importance of the State promoting media pluralism and ensuring media independence, as per General Comment 34, para. 40. In accordance with Article 19(3), any restriction imposed on this right must be provided by law and be necessary and proportionate to protect the rights or reputations of others, national security or public order, or public health and morals.”

“Article 20 calls for the prohibition of advocacy of national, religious or racial hatred that constitutes incitement to violence, hostility or discrimination. Nigeria is also bound by the African Charter on Human and Peoples’ Rights.”

“Article 4 of the ICCPR permits derogations from Article 19(2) during declared states of emergency only where strictly necessary according to the exigencies of the situation. The right to freedom of opinion is not subject to derogation in ordinary circumstances or during states of emergency, as per General Comment 34, para. 5. The Human Rights Committee has held that measures derogating from the provisions of the Covenant must be of an exceptional and temporary nature.”