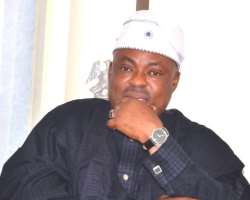 The immediate past Leader of Osun State House of Assembly, Hon Timothy Owoeye has been elected as new Speaker of the House.