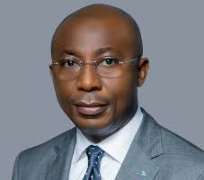 Indications emerged on Friday that one of Nigeria’s top commercial bank, Keystone Bank may soon be enmeshed in a legal battle over alleged intellectual property theft.

The bank in connivance with its agency, Insight Communications allegedly stole and used a song composed by an artiste, Wizzy Igbafen for its jingles without due consent and approval of the artiste. Igbafen in a post on her Facebook page said she had reached out to both the bank and the agency to either drop the song or officially seek permission to use it but with no response.

She threatened taking legal actions soonest should the bank or its agency fail to do the needful.

The warning message shared on her Facebook page reads:

“With deep regret, I am making it public the case of how ‘Keystone Bank’ and their agency ‘Insight Communications’ have infringed on my copyright with regards to my song ‘So Amazing ft Cobhams’ @cobhamsasuquo which is used for Keystone Bank @keystonebankng campaign centered around ‘We Grow Together” distributed as advert / Commercial aired on CNN, Ebony Life TV, TVC and also as Facebook, Twitter and Instagram commercial (using my song – instrumental and my vocals) all without my consent.

My legal team wrote letters to both of the listed organizations -‘Keystone Bank’ and ‘Insight Communications’ in the past three weeks and still, we were ignored and not responded to in any form.

My song ‘So Amazing’ which is heavily invested on and released as audio and video, an award winning song at the 10th anniversary edition of the South South Music awards is now use as a profit making commercial song without my consent.

Considering the way my copyright is being infringed on and yet I am ignored, no creative person deserves to be treated this way.

If this persists, my lawyers will go to seek redress at the court of law.”