Ó Tó Gẹ is now the officially adopted slogan for any form of maladministration in Kwara? Yes, interesting.... 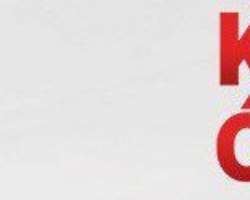 A better Kwara is in the hands of Kwarans and not in the hand of God because the Almighty is not an hypocrite like you all demonstrated months back. If you had wished anybody bad, don't assume they'll wish you success although approach differs—in the current light of event in Kwara. I believe everyone wish for a better Kwara but that isn't forceful. If the new administration wish to perform the ground is widely open, and if otherwise, another Ó Tó Gẹ is looming—No amount of prayer will turn things around for better if the political will is missing.

Dr. Bukola Saraki who lost 100% during the last election had demonstrated he is a thoroughbred Democrat. He could have tow the shameless path of political events in states like Rivers, Lagos, Kano, many things he could have done like other politicians did to retain their influence and relevance among their people, however, there would have been unrest and probably bloodshed in many quarters as witnessed in the states mentioned. Immediately the results were announced, Dr. Saraki congratulated the winners, this further shows that Dr. Saraki has towed the path of a patriotic leader who believes that his ambition is not worth the blood of any Nigerian because he knows power is transient.

We all should remember that when Dr. Saraki served as the state Governor, many of the Freedom fighters today claimed he did nothing but today we can point to many of the visible projects carried out to etch the state in progression:

—First Overhead Bridge in Kwara state.
—Kwara Mall (to boost economic growth)
—Kwara metropolitan Square
—Shonga Farms... Et cetera
The failure of Former Governor Abdulfatah Ahmed Maigida in handling some major crisis in Governance is lame on nobody but a personal destruction (If history speaks), a case study of an elected honourable to represent Ilorin North/West Constituency one Gafar Ayinla Ayilara who was recently indicted by the EFCC in a criminal case for fraud, ( https://www.facebook.com/509762239046271/posts/2330476490308161/) —will EFCC overlook this criminal act at the age of 29 and push the cause of the crime to his political leaders like Abdulrahman? If what the erstwhile Governor left is better to what he met in 2011, the horrible thought should be judge on him—Be as it may, record will speak well of him in a very few area.

Reinforcement of failure by Abdulrahman Abdulrazaq will be a lame excuse on the self-acclaimed freedom fighters. No excuses—no blame game. The campaign was Kwara lack good leadership and you are better-of because you know how things went bad and you can fix them, if Dr. Saraki had chosen the path of blame game on the past administration before him, the numerous aforementioned projects won't be there for all to see today. All elected officers should tighten their belt because the score card matters most. Kwarans are well informed and anxiously waiting to see where your know-how takes them in the coming years. Election comes every four years, we should never negotiate a peaceful coexistence whatsoever, because losing an election is not a big deal—It is normal. Somebody has to win and somebody has to lose. Now, everyone must work for peace and harmony.

NB: You eschewed ethics, etiquette and became a rogue, you do with abuses, spread of fakenews, call people with unprintable names and make hate speech a priority all because you were in the opposition camp. Now the glory that flatters roll to your side. It is not in any way negotiable because all that you do will come back to hunt you.