Celebrating Chief E. K. Clark at 92: A Tribute to a Living Legend 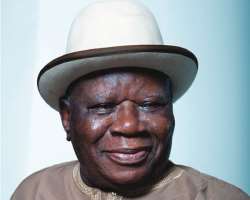 Saying Chief Edwin Kiagbodo Clark, OFR, CON is a distinctive personality, no doubt, amounts to stating the obvious. Times and events have certified him as a father of nations, he also carries toga of an enigma of detribalized intercontinental leadership.

He has served in various local, regional and national capacities, including as a Commissioner for Education, Finance and Establishment in the old Bendel State in the 70s, Federal Minister for Information and National Orientation during the civil war till 1975 when General Gowon’s regime was terminated, as a Senator of the Federal Republic of Nigeria in 1983 and today as the indisputable leader of the Ijaw Nation among others.

Chief Clark is not only a global asset in Public leadership, but a leader beyond boarders and a nationalist per Excellence.

In my relationship that dates back to about a score of years with Chief Clark, I can say without mincing words, that knowing him has had tremendous positive impact in my being as regards personal growth and that of my career as a legal practitioner.

My heart is singing and I am grateful to the Supreme Being for the gift of Chief Clark, a professional and political father, from whom I have learnt to continuously maintain the quantum of social justice, without fear and favor.

On this day on your 92 birthday anniversary, I join the conglomerate of your children and the world at large to celebrate the man of the moment, the voice to the voiceless, the peace in turbulent storm, and the definition of a worthy patriot.

I feel privileged to be a part of the living legend, Chief Clark even as I celebrate him for his numerous achievements which he made without denting the course of his integrity.

Now that you are old and grey-headed, I pray that the Lord will not forsake you. I pray your health will not fail. May the Almighty, in his infinite mercies continue to be with you, grants you grace to remain steadfast and upright even as you live longer.

Happy Birthday, G-O-G-O-R-O-G-O, may your light continue to shine!