By Southeast Based Coalition of Human Rights & Democracy Organizations, SBCHROs 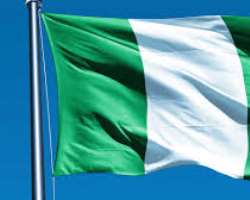 Onitsha, Eastern Nigeria: 25th May 2019: The official security providers in the Southeast part of Eastern Nigeria, dominated by senior open and secret police and military officers of the Northern Muslim population have circumstantially adopted and institutionalized militia policing and hate violence including killings and criminal labeling on the ground of tribe and religion as a modus operandi in the Region, the Southeast Based Coalition of Human Rights & Democracy Organizations, SBCHROs, said today in a joint statement issued in Onitsha, Anambra State of Eastern Nigeria.

The Governors of the Southeast also appear to have collectively and individually compromised the security of the Region for purpose of “securing and finishing second term in office” in return for mortgaging the security of their own people and that of the entire Region, SBCHROs added in its joint statement.

The general security of lives and properties of the People of the Southeast Region is so threatened and undermined that the official security providers in the Region are widely perceived on daily basis as apparently not in the Region to provide genuine security but to target the innocent citizens of the Region and their properties for hate labeling and hate killing or hate destruction. These are clearly evidenced by their body languages, policies, utterances and conducts.

In theory, their daily noises rent the air of being in the Region to provide “security”, but in reality, they are in the Region not only for provision of official insecurity, but to further provide cover for perpetrators of non state actor insecurity particularly the Jihadist Fulani Herdsmen and other criminal entities. It is so shocking and alarming going by various research findings that out of every five communal forests or bushes forcefully occupied by Jihadist Fulani Herdsmen in Southeast and the entire Eastern Nigeria, four, if not all of them have permanent or temporary (i.e. checkpoints or routine patrols) police or military formations stationed near each of them.

Apart from being official highway or roadway armed robbers by turning their rifles and uniforms into instruments of robbing road users on daily basis through criminal act of roadblock extortion, coded in various formats; the official security providers in the Southeast are also through their security policies and conducts, breeders of the citizens’ militancy, self help and radicalization.

These are done by wickedly and vindictively turning their guns, official uniforms and positions against law abiding citizens-by way of frame-ups, criminal labeling, racial profiling, discriminatory enforcement of the law and prosecutorial vindictiveness (i.e. unlawful arrest and detention and slamming of spurious charges against citizens whose civil expressions or actions constitute no or minor infraction of the criminal law).The security providers under reference also engage in raising constant false insecurity alarms and use them as a cover to visit unspeakable amount of state violence or maximum use of instruments of state coercion against the citizens of the Southeast Region and their properties.

The likes of the Chief of Army Staff appears to be so vindictive and contemptuous of the peaceful state of the Southeast Region that he hardly rests without raising false alarms of the existence of “indigenous terrorism” in the Region, upon which he routinely drafts soldiers to “go and quell”, resulting in targeting, shooting, maiming and killing in their hundreds of innocent and defenseless citizens of the Southeast part of Eastern Nigeria. Till date, there is no single indigenous armed opposition group existing in the Region; except the Jihadist Fulani Herdsmen, protected and aided by the same military and security formations in the Region.

In all these, the Southeast Governors who parade themselves as “the Chief Security Officers” are nowhere to be found. The security of the Region is so porous, compromised, endangered and undermined that the daily menace of the Jihadist Fulani Herdsmen is hardly reported; no thanks to the Governors’ censorship. Various parts of the Region including Anambra East/West and Ayamelum LGAs in Anambra State and Uzo-Uwani LGA in Enugu State, etc have become a no go areas owing to unchecked sundry violent criminal activities of the Jihadist Fulani Herdsmen.

During a recent seminar on Peace and Conflict Resolution organized for grassroots Women and Youths by the Institute for Peace and Conflict Resolution of the Federal Ministry of Foreign Affairs, held in Onitsha on 8th May 2019, a group of women cried out over the jihadist activities of the Fulani Herdsmen in Ayamelum and Anambra East/West and the State Government’s seeming helplessness; to the extent that some schools have already been shot and children withdrawn and locked in their parents’ houses.

A number of people have also been kidnapped in the Area without being reported till date. In Enugu State sometime last year, an Onitsha based Businessman went to his village compound and land and met Jihadist Fulani Herdsmen destroying his farm crops, forcing him to call his relative who is a principal officer of the Enugu State House of Assembly, only to be told that “it is the directive of Governor Ugwunanyi that Fulani Herdsmen must not be disturbed from their movement no matter what”.

Anambra, Imo, Abia and Ebonyi States are also not exempted. Their Governors appear to have issued similar secret directives, accompanied by media blackouts, so as to impress the Presidency and “be allowed to have and finish their second tenures. The media report of the killing by Jihadist Fulani Herdsmen of six Christian villagers in Anambra West LGA in April 2019 was independently found to have leaked to the press before the State Government got wind of same; forcing it to offer a fire brigade media statement and response. The State Government had reportedly wanted the killings not to be reported publicly, a pattern appears to have continued till date.

The patterns and trends of the official and non state actor insecurity in Southeast Nigeria may, therefore, be safely likened to the 4th December 2017 attacks on Numan rural Christians in Adamawa State where Amnesty Int’l reported that “while Nigerian Air Force jet fighter was on the air raining bullets on the population, forcing them to run amok in different directions, armed Fulani Herdsmen were on the ground macheting and shooting them; resulting in no fewer than 85 deaths (50 killed by the war jet and 35 by Fulani Herdsmen)”.

That is to say that the People of Igbo Nation are presently facing official insecurity from security providers and non state actor insecurity from Jihadist Herdsmen. The worst is that the Governors have joined hands in making the Region very insecure by compromising the Region’s collective security on the altar of “securing and finishing second tenure in office”. The Governors are also so weak that they cannot challenge or speak out bold against the gross ethno-religious imbalance or lopsidedness in the postings or identities of those manning top field security formations in the Region; from police SPs to Army Lt Cols and their equivalents in other branches of the Armed Forces and Paramilitaries.

Our speaking out, as aptly captured in the above is sequel to renewed violent crackdown on nonviolent, civil and constitutionally expressive citizens by the Army and Police in the Region. On Wednesday, 22nd May 2019, no fewer than two citizens were shot dead, ten injured and 15 arrested by the Anambra State Police Command at the Ogbaru side of Onitsha Upper Iweka Flyover. The shooting took place around 2am early morning of the same date when some pro Biafra activists loyal to Mr. Raphael Uwazurike (MASSOB-BIM) were hoisting their flags to mark its 19thanniversary later in the day. The early morning was chosen to avoid security attacks.

The State Police Command patrol teams had stormed the scene in three hilux vans loaded with armed police personnel who opened fire and killed on the spot the duo of Citizens Innocent Okoye and Uche Ezenwanne. Among the ten shot and injured on the spot are Citizens Clifford Nwankwo, Ndubuisi Ikpeazu and Aloysius Ibeh. Among the arrested and detained are Citizens Emeka Umunokwe, Amara Obiagwuna, Chibuike Nwagwu, Ambrose Igwe, Chima Ugwu, Ifeanyi Opiaka and Ndubuisi Mbam. They were later taken to the Awka State CID and clamped into detention without trial till date and labeled “IPOB terrorists”.

On the same Wednesday, 22nd May 2019, no fewer than 140 unarmed and defenseless citizens comprising 130 males and ten females including the aged going for a funeral ceremony in Nsukka part of Enugu State were stopped and barricaded by the Enugu State Joint Security Patrol teams. They were thoroughly searched together with four 608 buses they were traveling on and in the process, some “Biafra insignias” (flags and bangles) were found in possession of some of the travelers; leading to their mass arrest and transfer to the Enugu State CID-where they were detained till next day.

SBCHROs also condemn in strongest term the recent decision by the Governor of Abia State to “revive Bakassi Boys, with planned recruitment of 80 able bodied men and women”. We see this as an attempt to return the State to the era of political violence targeted at political opponents and dissenting voices. It is also a path back to civil blood shedding and extra judicial killings. In the rational context of vigilante security, the difference between vigilante services and “Bakassi Boys” is institutionalization and escalation of barbarism and crudity as official modus operandi of the latter; akin to “2005 Orie Ohabiam Electronics Market Bakassi massacre”-where no fewer than 20 citizens were locked up inside a single market store and left to suffocate to death in Aba.