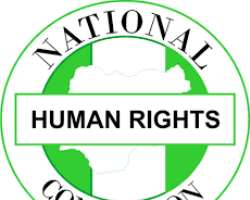 Addressing newsmen , the Executive Secretary NHRC, Mr Tony Ojukwu said the programme, which has its theme: “Mainstreaming Human Rights; Humanitarian Principles and Civilian Protection in Counter Insurgency Operations in the Northeast”, is to checkmate human right violations in the execution of the war against Boko Haram insurgency.

He added that the exercise was imperative to expose the participants to human right laws, rules of engagement and enhance civic protection in the implementation of the counter insurgency campaign.

He said:" Participants will be exposed to international human right laws, norms and principles to enable them to conduct their operations in accordance to international best practices.The insurgents live within us and there is hardly a clear drawn battle line between the insurgents and civilian population.

“Therefore, there is an extreme need to prosecute the insurgency operations to win the heart and minds of the civilian population. It underscores the importance of the training to not only reduce the casualty level, but also reduce humanitarian consequences of displacement and other protection challenges arising", Ojukwu said.

The Executive Secretary however applauded the military and other security agencies over the successes recorded in the counter insurgency campaign.

Benedict Agu , Head Monitoring Department UNHRC, who is also a facilitator said 15 participants comprising Leaders and commanders drawn from the various local government areas that the CJTF are operating are being trained as trainee- trainers that will step down what they have learned to the subordinates at the local level .

"At the end of the day, participants understand the concept of human rights and understand how to offer protection to their Communities.

" We resumed the training on Thursday with the men of the military and we are ending this section with the CJTF leadership, Commanders, as well as hunters," Agu said.

Alhaji Bello Dambata, Spokesman of CJTF, Borno State , appreciated NHRC and UNHCR for organising the training, saying that it will boost capacity and knowledge of members in observing human rights in the course of operations.

UNHCR’s representative, Godlove Kifikilo said UNHCR recognized the critical role played by security actors in the humanitarian response, especially in ensuring that civilians are protected at all times.

He called on the counter- insurgency actors to use the skills and knowledge acquired to serve the people of concern in their respective areas.