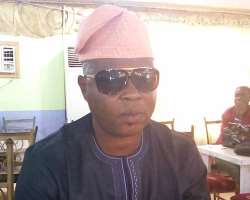 Chief Amusat who is the Tirimi of (Chief hunter) of Ibokunland was kidnapped between Esa-odo and Ilare at about 10 pm on Monday evening when he was coming from a party in company of a lady, Mrs Tayo George and another man, Mr Olusegun Oladipupo.

Oladipupo eventually escaped from the kidnappers while they took Amusa and Tayo away. Oladipupo told The Nigerian Voice that the kidnappers wore military camouflage and that he noticed that they were Fulani men.

The Police Public Relations Officer for the Osun State Police Command, Mrs Folashade Odoro said rescue efforts are ongoing and assured that the Chief hunter and the other woman would be rescued.

Member representing Obokun constituency in the Osun State House of Assembly, Hon Bosun Oyintiloye said the state government is on top of the situation.

The Nigerian Voice gathered that apart from the policemen, over a hundred local hunters have been deployed for the rescue of the local hunter.

It was gathered from reliable sources that the kidnappers have called relatives of the chief hunter and demanded 50million naira ransom.

Speaking on the development, the Owalare of Ilare who spoke through the spokesperson of the Ilare community, Tope Abiola said farmers could no longer go to their farms because of fear of being kidnapped.

The Owalare called on the State Government to come to the aid of the people by providing adequate security for inhabitants of the community.