No Herb, No Show 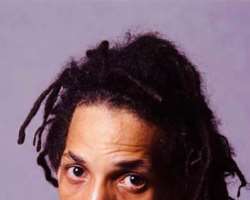 This is perhaps my favorite picture of the late great Jamaican

June 1954 as Horace Swaby, died on 18th May 1999, exactly two decades ago as one of the greatest exponents of roots reggae who ever lived. Unlike many of his rastafarian peers with ghetto origins, Pablo was an "uptown boy." He was what Nigerians would call an "ajebutter," literally "someone who eats butter," i.e. someone with a pampered background and spoilt upbringing. In short, someone who neither faced deprivation, nor starvation.

Given his privileged background which he threw away to become a conscious rasta, it is understandable that when Pablo converted into rastafarianism, he became a strict devotee and pious observant of rastafarian principles and ways of life. This much unlike many non-observant rastas such as the late great, sleek I-Roy, (born Roy Samuel Reid) who neither wore dreadlocks nor forbade alcohol as rastafarian precepts dictate.

Long before he passed, Pablo with a "host of bredrin", comprising other top-notch roots stars like the late great Sugar Minott went on a playing tour of Japan. Verified accounts from various sources who were present, including the late great Sugar Minott himself, testified that before the live show was to kick off, Pablo approached the show promoter and asked him to provide the bredrin with some "herbs" i.e. colley, weeds, ganja, Indian hemp, call it whatever you like. To which request the promoter acceded and promised to deliver.

When the crowd had become substantial and was itching for the show to begin, the Promoter came back to Pablo and begged him to take the stage. Pablo refused to do so and went to confer with the other "bredrin" who were billed to perform separately.

Apparently instigating the "bredrin", they all refused one after the other, to perform. Pablo then went back to the Promoter and told him that it was the rastafarian way, to light a pipe (rastas actually call it chalice) and give thanks and praise to Jah the Almighty God, before any significant event.

The Promoter started arguing angrily with Pablo, citing as reference that the crowd had become unruly and impatient and that an uprising was imminent. Pablo would not bulge. He then dismissively uttered the consequential words, "no herb, no show."

Rasta legend has it that immediately Pablo uttered those words, the heavens opened-up and it began to rain heavily with the consequential threat of flooding-out the venue. Now it must be understood that most Jamaican roots-men would

not embark on a foreign playing tour without receiving all or most of their concert fees in advance. Typically, their contract agreement with show promoters would specify that there would be no refund, due to event cancellation arising from 'force-majeure' i.e. due to "an act of God," or from other circumstances not directly attributable to the artist. In the circumstances therefore, the torrential rainfall had completely disarmed the Show Promoter, if ever he was contemplating recovering his fees due to non-performance of the billed stars. Realizing his disadvantaged situation, legend has it that the Japanese show promoter in a bid to maintain good relations with the bredrin, hurriedly arranged and procured the requisite herbs for the aggrieved rastas.

But the story does not end there. Legend has it that once the herbs were procured, Pablo gathered the bredrin together in a conclave, sat them down, lit a chalice, inhaled it deeply and passed it round from one to the other. It is said that immediately he did this, the heavy torrential rain ceased, the bright sunlight re-emerged, and the show commenced!

History would eventually record that Pablo's performance that day in Japan, does not count among his greatest ever. Talk about the power of herbs. Indeed, as I like to say in my native Igbo dialect, "roots reggae, agba ho-aka." Which literally means, "there is more to roots reggae than meets the eyes."

Editor's Note:The author does not encourage nor approve the use of "herbs." He however unreservedly approve and highly esteem roots reggae music as an incomparable expression of human musical creativity.