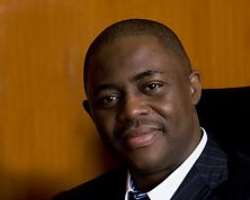 President Olusegun Obasanjo remains the only politically active southern and Middle Belt leader that understands what is really going on, the grave danger that we are in and what lies ahead. He is deeply courageous and his latest contribution that there is an agenda to Fulanise West Africa and Islamise Africa says it all.

OBJ needs say no more. History and posterity will be kind to him for speaking the bitter truth and saying what almost every other southern and Middle Belt politician and leader knows to be true but is too timid and too scared to say publicly.

Sadly the world refused to listen, left us on our own and, instead of rising to the occassion and confronting the evil, Nigerians went on bended knee to the powers that be and acted as if they were not saddled with a major problem that was bound to eventually consumme them all. Now they know better even though most of them are still in denial.

Now they must live with the consequences of their indifference, ignorance, cowardice and stoicism. What a pity.

It is a tragedy of monumental proportions that a nation that is so blessed with extraordinary human and mineral resources should end up going this way.

I hear one or two people like Sule Lamido are not too happy with what OBJ said and have called him out for saying it. That is sad and unfortunate because Obasanjo has done more for the core north, Lamido's Fulani tribe and Nigerian unity than any other former President or Head of State in our history. He also fought in a civil war to keep the country together.

For anybody from the core north to call him names for speaking the truth and baring his mind over what is unfolding in Nigeria today tells you how blinded by power, insensitive and callous some of these people are.

It is only those that subscribe to the Fulanisation and Islamisation agenda that will criticise or oppose Obasanjo's observation and describe him as "a bigot" for making them.

What OBJ said was timely and necessary and millions are commending him for it. He spoke the truth, the whole truth and nothing but the truth.