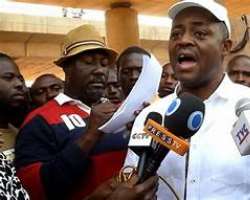 The former Minister alleged that the arsonists infiltrated the region with the aim of attacking its people when given the order.

In a tweet, the former Minister claimed that they intended attacking the South West, while the people of the region were busy engaging in internal squabble.

He wrote: “As the South West continues to engage in its petty internal rivalries and endless squabbles the Fulani jihadists, in the guise of cattle rearers and herdsmen, have successfully infiltrated their land.

“These deadly sleeper cells are ready to strike and create havoc when ordered to do so.”

Just few days ago, a pan Yoruba socio-cultural group, Yoruba Koya Leadership and Training Foundation had raised alarm over alleged taking over of states in the South West region by people suspected to be herdsmen.

The group called on the governors to rise above partisan interest and take actions aimed towards safeguarding their people against internal and external aggressions, stressing that posterity and history would never forgive any of them who, for the sake of party politics, stare helplessly while their land is annexed.

This group had said, “We say with all sense of responsibility and without any fear or intimidation devoid of sensationalism that the entire Yoruba Land has been encircled by external criminals masquerading as Herdsmen. Empirical Intelligence available to us has it that these criminals who are mainly from Kebbi, Katsina, Kano, Sokoto and some West African Countries, are being dropped daily in Yoruba Land by Heavy Duty Trucks.”