ISAAC BARO: 51 Years After FG Yet To Address Issues Of Restructuring, Others --- IYC President 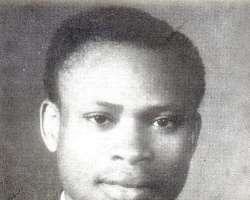 51 years after Isaac Boro laid down his life for the unity of the country, the issues that caused its near collapse have not been addressed thereby threatening the country's continuous corporate existence as successive governments have refused to heed to the popular demands of restructuring, true federalism and resource control which are a panacea to addressing the wounds of the civil war, President, Ijaw Youth Council (IYC), Barr Pereotubo Roland Oweilaemi, has said.

Barr Oweilaemi, alleged that the country is faced with myriads of insecurity occasioned by sectarian crisis in the north east, Herdsmen crisis, Banditry attacks, ethnic crisis as well as kidnapping and other social vices which are posing a big threat to the continuous survival of the country as a corporate entity.

He made the shocking revelation Wednesday in an address he presented at the 21 anniversary celebration of Baro’s Day at Kaiama, Bayelsa state, pointing out that the Niger Delta grievances could be addressed only if the country is restructured, “We will never back down on our collective struggle for the liberation of the region until we attain our political independent. All we ask for is resource control, true federalism and equal political participation among the various ethnic groups that formed this federation”.

He continued: “IYC views that the solution to our liberation struggle and the growing insecurity in the country generally is resource control and true federalism. Let us go back to the 1960 constitution where the regions had greater economic powers than the central government. We need regional autonomy for a proper policing of the country”.

Speaking on the growing insecurity in the country, IYC, the apex decision making body for youths of the Ijaw nation said the FG should immediately initiate amendment of the Constitution by devolving much power to the states, stressing that state and community police would effectively tackle the menace.

According to him, “IYC is using this medium to call on the Federal Government to immediately relocate the offices of the Ministry of Niger Delta Affairs and the Presidential Amnesty Programme to the Niger Delta region. Just like NDDC is sited in the region, the Ministry and the Amnesty office can only effectively function once they are relocated to the region. Those offices have no business being stationed in Abuja.

“We are also calling on the Government to commence the construction of the coastal highway proposed by late President Umaru Musa Yar'Adua. The coastal areas in the region are still grossly underdeveloped due to the terrain. For the sake of peace in the region, FG should therefore establish coastal areas development agency for the inaccessible coastal dwellers in the Niger Delta. Our demands herein are in addition to the timely completion of the East West Road as well as beefing up security in the East West Road, especially in the Bayelsa and Rivers axis”.

The Ijaw Youth Council, called on President Mohammadu Buhari, to as a matter of urgency, make Prof. Brambaifa as the substantive Managing Director (MD), of the Niger Delta Development Commission (NDDC), revealing that his short stay as the Ag MD has brought so much peace and progress to the Commission, “The region is benefiting immensely from his qualitative leadership. No doubt, making him the substantive MD will bring the desired peace to the region”.

He said: “These persons laid the foundation for the birth of IYC. It is gratifying to remember once again their suicidal sacrifice in relaunching Boro's dream for the liberation of the Niger Delta region. My floral tribute also goes to the former presidents of the Council, to wit: Dr. Felix Tuodolo, Alhaji Asari-Dokubo, Oyinfie Jon-Jon, Dr. Chris Ekiyor, Abiye Kuremiema and Udengs Eradiri”.