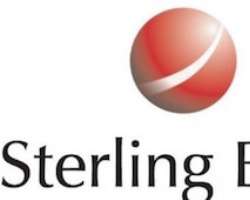 The former bank Manager was made to appear before Justice C.O. Ajah of the state’s High Court sitting in Enugu.

It was also gathered that Anidiobi, who was the Account Relationship Officer of OHHA Microfinance Bank, is facing a 32-count charge bordering on forgery and stealing from the microfinance bank.

EFCC spokesman, Tony Orilade, said this in a statement in Abuja. He explained, “Investigations by the Commission revealed that he used his position to convince the microfinance bank to deposit the said amount with him with an accompanying letter of instruction (which he acknowledged) to Sterling Bank.

“He fixed the amount on behalf of the microfinance bank, only for him to forge a ‘Fixed Deposit Certificate’ as evidence of their investment”.

Orilade added, “Upon receipt of several instalments of the money totalling N187 million (One Hundred and Eighty-Seven Million Naira) diverted the money to his personal use to build a two-storey building of five flats, several plots of land along Enugu Port Harcourt Expressway and an uncompleted four bedroom bungalow at Centenary Estate, Enugu. He also made an investment of over N65 million (Sixty Five Million Naira).

The spokesman of the anti-graft agency affirmed that the accused journey to the dock began when OHHA Microfinance Bank decided to liquidate their two fixed deposits only to discover that there was no record of the transactions found in the system.

One of the counts, Orilade said it reads: “Anidiobi Oliver Chukwuka, sometime between 15th day of August, 2014 and 28th day of August, 2014 in Enugu, within the Jurisdiction of this Honourable Court did commit a felony to wit: stealing by fraudulently converting to your personal use the aggregate sum of N5 million naira only, being property of OHHA Microfinance Bank Limited and thereby committed an offence.”

But Anidiobi reportedly pleaded not guilty to the charges.

On this premise, the defence counsel, O.A.U. Onyema reportedly informed the court that he had an application for the bail of the defendant, but the prosecuting counsel, Micheal Ani, told the Court, “the defence just served me in court this morning few minutes ago”.

After the ensued legal fireworks, Justice Ajah adjourned the matter to June 7, for hearing of the bail application and ordered that the accused be remanded in prison.