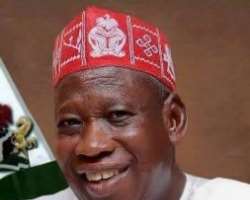 Abba Anwar, the Chief Press Secretary to Ganduje,in a statement which was made available to journalists in Kano, said the order was belated.

According to the statement, the court order was reportedly issued around 5pm on Friday May 10, 2019, long after the new emirs had formally accepted the appointment.

“Letters of the Notification of Appointment were written from the office of the Secretary to the State Government, Alhaji Usman Alhaji, since Thursday, May 9, 2019 and were despatched to the concerned Emirs the following day Friday, May 10, 2019, in the very early hours of the day.”

It added that the the letters dated May 9, 2019, had reference number SSG/REPA/5/A/86/T and were addressed to the newly appointed Emirs.

The statement said each letter states that: “In accordance with the power conferred on the Governor by the Kano State Emirs (Appointment and Deposition) Amended Law 2019 (1440 AH) which provides the creation of more Emirates.

“I wish to convey the approval of His Excellency, the Executive Governor of Kano State, Dr Abdullahi Umar Ganduje OFR for your appointment as First Class Emir of (Bichi) (Karaye) (Rano) (Gaya) Emirate.”

According to the statement, all the four new emirs had formally accepted the appointment.

It explained that the new Emir of Karaye, Dr Ibrahim Abubakar II forwarded his acceptance letter at about 12 noon on Friday, that of Rano, Alhaji Tafida Abubakar Il around 10:15 am while the Emir of Bichi, Alhaji Aminu Ado Bayero and the Emir of Gaya, Alhaji Ibrahim Abdulkadir, forwarded theirs at 10am and 10:30am respectively.

The statement therefore said the ceremony expected to hold at the Sani Abacha Indoor Stadium, Kofar Mata, this Saturday was merely for the new emirs to thank the Governor for appointing them.