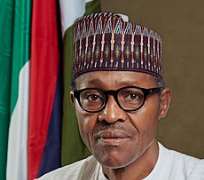 Given the studied humility with which Nigerians accepted the outcome of the just concluded 2019 general elections in the country, it will not be an overstatement to say that the nation has happily made some meaningful progress. This fact may not be appreciated until we understand the dilemma post-elections violence has placed on so many countries, and the inherent dangers associated with such development.

However, despite these exiting progress made, there is no word eloquent enough to express the true state of our nation than the words of Bishop Hassan KuKah the catholic Bishop of Catholic of SoKoto Diocese

ln concrete terms, I need not pause to say that the net effects of these situation has conspired to give the nation the present bulbs of challenge ; poor leadership; bad follower ship; poor strategy for development; lack of capable and effective state and bureaucracy; lack of focus on sectors that will improve the condition of living of citizens such as education, health, agriculture and the building of infrastructure; corruption; underdevelopment, irresponsible and parasitic private sector; weak civil society; emasculated labour and student movement and poor execution of policies and programmes.

When one hears all these, it brings to mind the whole question of how our nation can change the narrative. Will the next four years be enough for Mr. Present to tackle this legion of problems?

Certainly, Mr. President can.
All he needs do is to remember what our real problems as a nation are, openly admit and adopt both structural and managerial changes that will impose more leadership discipline than conventional. Create government institutions that are less extraction but more innovative in operation and a leadership style that is capable of making successful decisions built on higher quality of information while dropping the age long mentality which presents execution as more important than idea incubation.

This shift in action is important because apart from the fact that ‘we cannot solve our socio-economic challenges with the same thinking we used when we created it’, Mr Presidents’ ability to handle these challenges will determine our political health as a nation and our prestige as the giant of Africa.

Adding context to this discourse, it’s been argued that the government has great roles to play in planning, and development of strategies and policies which are important for accelerating the development process of countries. In Nigeria, it has been documented that right from the colonial period, development planning was viewed as a major strategy for achieving economic development and social progress, particularly, in the spheres of socio-economic infrastructures, industrialization, modernization, high rates of economic growth, poverty reduction, and significant improvements in living standards.

Yet, many Ministries, Departments and Agencies in the country are without strategic plans. For many of their, policies have not been reviewed for over a decade. Even the implementation of the policies has been characterized by discontinuity, reversals and somersaults’.

This is the real situation.
As to what should be done, any government desirous of saving and serving its people needs not be told that education holds the Key to nations’ development.

To explain; aside from the age long believe that when you train a man, you liberate him; the most popular explanation is that education is the bedrock of development in any nation. ‘With sound educational institutions and infrastructure, a country is as good as made. The institutions will turn out an all rounded manpower to continue with the development of the nation driven by well thought ideas, policies projects and programmes’.

The high number of out of school children which is growing in a geometrical progression is another reason for Mr. President to pay disciplined attention to maKe education both qualitative and accessible to all.

Development experts are in agreement that any plan the government has for the youths without quality education is a share waste of time. Noting that streets are Known for breeding all forms of criminals and other social misfits who pose the actual threats in the forms of armed robbery thugs, drug abusers and other social ills that gives bad names to the society.

Today, many Nigerian children are out of school not because they are not willing to be educated but because the cost of education is beyond the reach of their parents. The public schools are short of teachers with dilapidated buildings- the private schools on the other hands where the environment is conducive for learning is cost intensive.

Again, several recent studies of our socioeconomic life show a double degree of link how educational sectors contribute to the nations unemployment challenge.

Aside from our educational policies being tactically and strategically unsound, it must be emphasized that there is no linkage between the university system and the industrial sector. That is why the university continues to turn out every year several thousands of graduates that the industries do not need. The importance attached to the possessing university degree certificate is not helping matters.

For Nigerians, particularly the youths not to experience another four years of frustration, reversing this ghastly reality is a role the President will require ample courage to handle.

As an incentive, effort should be made by the government at all levels to adequately fund the sector, support infrastructural development, promote the culture of training and retraining of teachers, develop modern curriculla that will promote skill development that labour market currently demands.

More important than all of these is that President Buhari should learn the practice of finding out whom else had met the problem we currently face and how they addressed it –and how successful they had been.