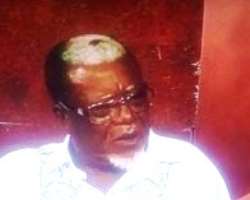 While Imo North and West Senatorial seats have remained shrouded in controversy over the ongoing tussle as to who the right winners are after elections, an Elder Statesman, Prince Bob Njemanze has called on Independent National Electoral Commission to announce Senator Benjamin Uwajumogu of All Progressives Congress and Hon. Jones Onyeriri of Peoples Democratic Party as winners of Imo North and Imo West senatorial seats respectively without further delay.

Njemanze made the call yesterday in Owerri while addressing select journalist on the state of affairs in the state, saying that the state must not be shortchanged to having its full representation at the Senate.

He said that Okorocha should not be treated with kid gloves but rather should be made to face justice over electoral crimes and other crimes he committed against the people of Imo State.

According to him: “Among the senatorial contests, the most interesting one is Imo West (Orlu zone) where INEC must stand up to defend what they really represent or what they have made us to believe that they can neither be influenced by gratification, coercion by desperate politicians nor be cowed into accepting a misnomer in an electoral process, they should go ahead and declare Jones Onyeriri of Peoples Democratic Party Senator-Elect. All the parties have accepted that Rochas submitted a fraudulent result. In a bid to achieve his aim, he subjected the returning Officer to frightening treatment against all rules, regulations and law to announce him under duress.”

Speaking further, Njemanze said that Professor Inncoent Ibeawuchi, the returning officer was clear and did not mince words when before he announced the result; he stated categorically that he was announcing the result under duress. He alleged that Prof. Ibeawuchi’s family was under siege, a development that broke him into declaring the result with a proviso that he was doing so under duress.

Njemanze also alleged that the Returning officer for Imo North, Professor Ohajianya would have faced the faith with Prof. Ibeabuchi were it not that he was quick to announce the real result and escaped against onslaught of being harassed or being held to ransom. He therefore called on INEC to declare Uwajumogu who was declared winner.

He observed that Okorocha had made Imo a theatre of violence where all manner of hoodlums were deployed with Imo money to wreak havoc in the state during the election to ensure that his candidates in both APC and AA were declared at all cost. “This was the herculean challenge Uwajumogu had to face. He had a challenge from an Action Alliance (AA) candidate in APC garb laced with violence and money. This was part of Okorocha’s affront against the people.

He said that Imo East is the only zone that is not caught in the political cross fire following the zone’s decision to pay Okorocha back in his on coin. His words: “For Senate seat, Imo East has never been in contest as to who won the election. Hon. Ezenwa Onyebuchi benefitted from Owerri people’s revolt following Okorocha’s oppressive activities against the people of Owerri zone whose sons and daughters were oppressed and dehumanized. “Our people are not happy with the way Okorocha has treated our people. Most of our sons and daughters who worked under were rubbished for whatever pecuniary reasons best known to him. We cannot forget how he fraudulently removed Jude Agbaso from office as the deputy governor; we cannot afford to swallow the bitter pill of the treatment he meted out to our son, Prince Eze Madumere. We have Jude Agbaso, Sir Goerge Eche, Jude Ejiogu just to mention but a few who were thrown out at will without any reason. Okorocha was never given any chance at all in Owerri zone with his model ‘violence and money politics.”

Continuing, “it was even pitiable to have had our sons and daughters still maintained their integrity by campaigning and still supporting the candidates of the party but our people in Owerri zone rejected anything that had a mixture of Okorocha so as not to make any mistakes. Let me also say this; wherever Okorocha claimed to have won with his co-travelers cannot stand any forensic examination of election credibility expected of a free, fair and credible election.