Alleged N100b To Herdsmen: You Are Dinning With Criminals, Iyc Accuses Federal Government 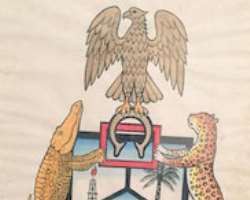 The Ijaw Youth Council (IYC), has accused the President Muhammadu Buhari-led All Progressives Congress (APC), Federal Government of fratanizing with Fulani herdsmen over purported N100 billion Amnesty to them.

IYC President, Pereotubo Oweilaemi, in a press statment Tuesday expressed worries over the allegation that criminals and crime would not be able to be differentiated from one another.

According to him, "If the news making round in the airwaves has any atom of truth then we fear there maybe no difference between criminals and crime fighters. The news that the Federal Government has proposed to empower the dreaded Miyetti Allah terrorist group with N100b to fight bandits in the North is a bad news.

"The same group that has been declared by prominent international bodies as the third deadliest terrorists groups in the world?

Oweilaemi, said the federal government has lost focus if it has actually resolved to release such huge amounts of money to a group that are glorified in spilling innocent blood in the land.

He stressed that it therefore means that the government has missed it in terms of securing lives and property in the country, "What is the difference between terror sponsors and this Government if agent of the Government actually initiated this devilish move? He asked.

"Nigerians have not forgotten how the military under this government released Boko Haram suspects arrested by the previous government last year in the name of rehabilitation only for a good number of them to return to the trenches to embolden the Boko Haram sects", he alleged.

He alleged further that "IYC also so believe the country has not forgotten so soon, the huge ransom payment allegedly paid to the Boko Haram sects by the government of President Mohammadu Buhari for the release of Dapchi School girls and a section of the Chibox Girls.

"The Boko Haram attacks on the North East communities became heightened after the terrorists were alleged to have received the said ransom payments.

"What we are hearing appears like the Government is feeding the enemies of this land to fight innocent people. The antecedents of these herdsmen have not been friendly to the people of the communities hosting them. The herdsmen's victory songs to celebrate the genocides perpetrated against the Benue, Taraba, Enugu, Kaduna and other states of the federation by their people are still very fresh in the memories of Nigerians.

"They've not stopped threatening to unleash more havoc on innocent Nigerians in their own land. Why is it that these same bloodthirsty people that the Government has seen suitable to fight bandits? President should stop this devilish plan being hatched by agents in his government. Funding the herdsmen cannot be the solution to bandits attacks on the northern communities.

"There is nothing like bandits in the North. The region is only being paid with its own coin. It is the desperation of the northern elites to have political and economic grip of the Niger Delta region, while leaving its abundant resources in the hands of who they called bandits is the cause of the insecurity therein.

"Let the northern elites support the people of southern Nigeria in the call for resource control and true federalism. The region will continue to be confronted with insecurity in more aggressive fashion if they keep on their grip on the Country under this inimical unitary system. Nigeria cannot know peace unless and until she runs a competitive economy where each regions harness and control the resources in their domains and contribute to the centre. The economic power should be given to the federating states as required in a capitalist state. That is the only sure path to and economic growth in the country", the statement added.