Youths’ Quest for a New Order. 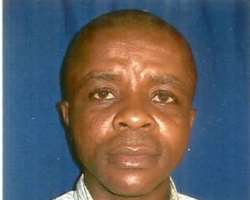 In the words of Buzz Hargrove, a Canadian Labour leader, the future strength of every nation depends on its young people as their generation will provide the next leaders.

Given this preceeding position, it will not be an overstatement to characterize the recent gathering of about four thousand Nigerian youths at Ikeja, Lagos where they among other things condemned youth’s involvement in criminal activities and demanded good governance from our leaders.

Essentially, aside from expressing their greviences about youth’s involvement in criminal acts such as; drug abuse, murder, insurgency militancy, armed robbery, participant at the event which was put together by the Catholic Youths Organization of Nigeria (CYON) ,Catholic Archdiocese of Lagos, and had as topic; Drug and Criminality among Our Youths; Mortgaging Our Future, were not particularly happy with governments attitude of clarifying problems without providing solutions- a state of affairs that prepares the ground for the leaders inability to provide good education, employment opportunity and security for its citizenry.

From commentaries, the frustration of these young victims of our nation’s socioeconomic challenge was not only fueled by the gap between the extravagant promises made in the past by the Government and its high unfulfilments. But predicated on the Government’s timidity in implementing policies that will create jobs for the teaming unemployed Nigerians and curb corruption that has become both nepostic and supportive in outlook.

As we know, while ‘nepotistic corruption involves unjustified and often unqualified appointment of friends or acquaintances to public offices in violations to the established norms (federal character), supportive corruption on its parts refers to actions undertaken to protect the existing or already done corrupt practices particularly when the person(s) involved belong to the same group or party.

Certainly, these move by the youths to help install a new order isadmirable and deserve our praise particularly when one remembers that the latest data released by the National Beaureu of Statistics (NBS) indicates that Nigeria’s unemployment rate may reach an all time height of 33.5% by 2020.

And there is something else.
The action of these youths has again brought to the fore the ills that flows from bad leadership but overshadowed by other events.

To explain; today, it is accurately documented that manyNigerian children are out of school not because they are not willing to be educated but because the cost of education is beyond the reach of their parents. The public schools are short of teachers with dilapidated buildings. The private schools on the other hands where the environment are onducive for learning are cost intensive.

Scholars have also argued that leadership crisis in Africa as a continent has its origin in a time-honoured tradition of leading without recourse to transparency and accountability. Which as a consequence, ‘stifles development, siphones all scarce resources that could improve infrastructure, bolster education system and strenghten public health and stack the deck so high against entrepreneurs that they cannot get their job creating ideas off the ground’.

This ‘ghasty account’ further supports what the youth’s suggests; thatwe have a duty to deliver our nation from leadership “snares and delusions”.

But, considering the fact that we are in a nation where tribal loyalty is stronger than our common sense of nationhood, can the youth effectively gird their courage?

How far can the youths go as change-agents in a country where iliteracy and excruciating poverty and starvation continues to drive more people into the ranks of beggars, whose desperate struggle for bread renders them insensible to all feelings of decency and self-respect?

In a society where the majority of the youths can easily be induced to work across purpose; and in political space where high density of the youth’s population reside in various villages with no access to information or livelihood, Can they truly create any impact?

The answers to the above beginning with last lies in a scholarly report which stated thus; youths coming from the extreme rural or tribal background are placed at a severe disadvantageous position because of their traditional background, limited exposure and orthodox believe.

Even if the tribal and limited exposure challenge is solved, statisticshas made it abundantly clear that the greatest weakness associated with youth related gatherings is their inability to remain united for every long time.

This fears cannot be described as unfounded as what played out during the 2019 general election remains a pointer to the reality that majority of our youths are ready to compromise their position for pecunary gain .

However, confronted with this condition, the youths must recognize that to produce change, they must be organized and work together in their units of powers.

Another popular erroneous beief advanced by the supporters of the government, that Nigerians must face actual and potential difficulties since there is no easy way to create a nation where each has his own job and house, and where all children receive as much education as their minds can absorb, is not only ‘rationally inexplicable but morally unjustifiable’.

It is a fact that government lacks capacity to fix socioeconomic challenges singlehandedly. But any government with goodwill and sincerity to save and serve the people must develop creative and innovative channels to promoting sustained and inclusive economic growth, social development, environmental protection and job creation.

Talking about the youth unemployment in Nigeria, ‘we are in daring state of strait because unemployment has diverse implications. Security wise, large unemployed youth population is a threat to the security of the few that are employed. Any transformation agenda that does not have job creation at the centre of its programme will take us nowhere’

Very instructive also, a point we must not fail to remember is that the solution to corruption is invariably the solution to poverty and must start with public enlightenment and education of individuals and the public on the importance of rejecting corrupt practices.

Finally, while we await these politically skillful youths to bring a new order in our slow economy but high population growth nation, the present administration must recall that ’the way that leads to future termination of corruption is the correction of past corruption, For when it is known that those who cheated did not get away with it, prospective cheats should think twice before embarking on the negative venture’