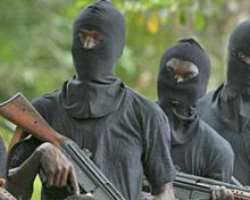 GUNMEN on Wednesday night invaded one of the Government Girls Secondary School in Zamfara State, Northern Nigeria, and abducted four female cooks and seven others.

Realnews reports that the gunmen could not get to the hostels where the girls were housed because security agencies were mobilised on time to repel the attackers.

Confirming the attack, Ibrahim Dosara, special adviser on Media and Information to Governor Abdulaziz Abubakar Yari of Zamfara, said on Kakaki programme of the African Independent Television this morning that 11 people were abducted from the school but that six people were rescued.

He said that none of the school girls were affected because of adequate security which was provided for the school since the Boko Haram kidnap of Chibok school girls in Borno State.

There are about 23 girls schools in Zamfara.