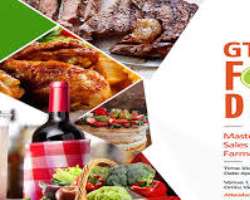 In a press conference yesterday at the Bank's Corporate Headquarters in Lagos, the Bank's Head, Communications and External Affairs, Ojinade Adegite, gave further insight into this year's most sought after Food and Drinks events in Africa.

She revealed that more retailers would accommodate in this year's event. In addition, this year's event would last for four days in place of the usual three days as a result of popular demand from participants. This year will have two sets with two days each, a working and non-working day and will accommodate 300 businesses over the course of the four days and would feature 15 master classes, covering cooking, pastry, food photography, mixology and audience cooking classes. Disclosing that Gtbank chose clothing and food since both are critical to human beings. Besides, she said that the Gtbank Food and Drink festival will remain in Lagos for now since it is about delivering than just satisfying everybody.

"We have different CSR which we do across Nigeria and that it is difficult to replicate and maintain same standard". On the presence of more foreign chefs in the lineup for the masterclasses, she said it is about diversity instead of nationality.

It will be recalled that in 2016, Africa's frontline Bankers created the initiative that has become a premier culinary event in Africa, bringing together thousands of people from across the continent and beyond, to support and celebrate Nigeria’s vibrant and burgeoning small businesses in the food retail sector. In the past three years Over the last three years, the festival has hosted more than 450,000 people, featured dozens of entrepreneurial master classes by international chefs and food experts. The festival has also seen to the establishment of businesses of hundreds of entrepreneurs in the food retail industry.