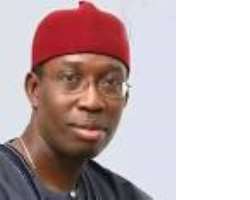 Amidst several attacks by Fulani herdsmen in Uwheru and Ughelli kingdoms, leaving scores dead with many others wounded while women and girls are raped in their farmlands the state government said it is committed to the security of lives and property.

Deputy Governor of the state, Mr Kingsley Burutu Otuaro, gave the assurance to Deltans and the people of Uwheru Kingdom that the government led by Dr Ifeanyi Okowa is deeply committed to the security of lives and property of all Deltans.

The Deputy Governor who fielded questions from journalists shortly after the security meeting held with the traditional rulers of Uwheru and Ughelli kingdoms amongst other leaders from the communities in his office, explained that Okowa was very conscious of the phenomenon of security of life and properties, stressing, "There is no way we can toil with security issues".

He remarked that the meeting was all about the allegations of security issues at Uwheru Kingdom which involved the Monarch of Uwheru, revealing that there had been allegations and counter allegations in the Kingdom assuring that measures were being put in place to halt security breaches in the area.

According to the Deputy Governor, "We are trying to look into the details of what actually transpired because a traditional ruler was involved. There were allegations to that effect that the police authority have some issues and it became critical especially as it concern our traditional ruler and our traditional institution. And of course you are aware that they are the custodians of the customs and traditions of our people".

Deacon Otuaro continued, "When you have security challenges in a particular kingdom, it gives a cause to be worried about. That is why we had the traditional rulers of Uwheru and the Ovie of Ughelli kingdoms including Chief Patrick Muoboghare and other leaders from Uwheru kingdom and top security officers and government functionaries in attendance. We came together to look into the issues with a view to finding lasting solutions to the security challenges in Uwheru kingdom."

The Deputy Governor noted, "We hope to deepen this discussion further so that we can have a lasting solution to the security challenges in the kingdom because this is the pivot of our policy trust as a government and we do not want to toil with it. We have made substantial progress.

One time commissioner in the state and a prominent son of Uwheru kingdom, Chief Prof. Patrick Muoboghare and Chief Benjamin Ohwoeko, Secretary to the Monarch of Uwheru, expressed their satisfaction as the end of the meeting, remarking that the Delta State Government was committed to its peace agenda for the state.

They indicted the police, who they claimed were poised in cowing them to submission, alleging that they allow Fulani herdsmen to go about killing their people and destroying their farm lands.

They noted that some of the issues raised by security agencies were exaggerated, describing them as giving a dog a bad name in order to hang it but expressed joy that deputy governor had been able to handle it to their satisfaction.

Chief Muoboghare on his part added, "We are comfortable with the dialogue reached with the Deputy Governor over the security breaches in Uwheru. This is a serious commitment on the side of any good government that desire peace for her citizens."