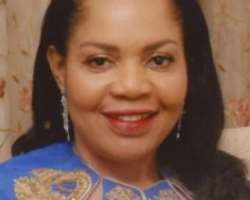 All Progressives Congress, APC, adoption of Femi Gbajabiamila for Speaker of the 9th House of Representatives has been rejected by state publicity secretaries of the party in the Niger Delta who demand the choice of a female speaker from South East of the country.

Conference of APC Publicity Secretaries, ND-CAPS, in its position taken in Port Harcourt, Rivers state, yesterday stressed that the balance of power shading across geopolitical zones does not favour a South West Speaker, but rather a Representative from the South East who should also be preferably female.

“We feel strongly too that South East be consequently encouraged and supported to produce next Speaker of the House of Representatives. This will boost image and strength of the APC in that geopolitical zone and promote even spread at federal level government for sake of promote, equity, stability and diversity.

On who best fits the contentious position among South East Reps Members-elect, ND-CAPS said, “The President, Vice President, and possibly the Senate President all share the same gender. We make bold to say that Nigeria is blessed with highly educated, competent and politically experienced women.

“We align with credible and fair calls that Hon. Nkiruka Onyejieocha becomes next Speaker of the House of Representatives. Onyejieocha has served as a Local Government Chairman, cabinet commissioner in Abia State, and now returning to the House for a record fourth term. We appeal to the members-elect to consider her candidature.

“As disciplined party officials, we are not, and will never oppose the final position of the national leadership of the party on the subject matter. We, instead, chose to present these thoughts for consideration, and we are hopeful that our views will further help to stabilize the polity, and reposition our party in future elections”

Others who signed to this position include Benedict Godson, Abia state APC Publicity Secretary, who is Coordinator, Mens Ikpeme, his counterparts from Cross Rivers, Doifie Buokorobo (Bayelsa), Christ Fine one (Rivers) and Sylvester Imonina of Delta APC.