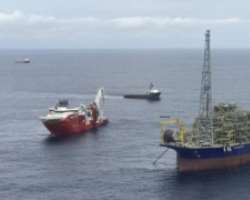 Malaysia’s FPSO provider Yinson has won another short-term FPSO contract extension in Nigeria as it discusses a longer-term deal with Addax.

Yinson has said that Addax has extended the contract for the FPSO Adoon for one month.

The 1985-built vessel, moored at the Antan field offshore Nigeria, won its first contract with Addax in October 2006. After the original contract expired on October 16, 2014, it was extended for another year.

After that, the contract was extended for another three years to October 16, 2018. Upon the October 2018 expiration, Addax extended the charter until January 2019, and then until April 16.

This latest contract extension will keep the vessel busy in Nigeria until May 16, “upon the existing terms and conditions.”

The two companies have been in talks over a potential longer-term contract, with information on Yinson’s website showing Addax has options to extend the contract until 2022. The FPSO has a storage capacity of 1.7 million barrels.