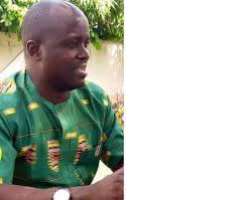 The executive chairman of Ohaukwu local government area in Ebonyi state, Barr. Clement Odah has accused his immediate predecessor, Elom Chinyere of sabotaging the effort of government to end the boundary war between Ebonyi and Benue states.

Odah, who made the accusation while addressing journalists on security issues in the council, also disclosed that cultism which he said could be traced to two political factions in the area, was popularized during the reign of Elom.

According to him, his adminstration had employed multi-dimensional approach in the fight against cultism.

He said,”When I assumed office as caretaker on 9th September, 2015, I was confronted right at the gates of the council, with two security challenges: the external security problem arisng from the Ngbo/Agila boundary dispute and internal menace of cultism and cult-related crimes.

“Firstly, Ngbo/Agila boundary dispute is about 100 years old now, the first signs of hostility having manifested in the year 1922, 38 years before Nigerian independence.

“Cultism as a social malady in Ohaukwu has been in existence for decades before my assumption of office. The clearest historical record of the origin of cultism in Ohaukwu can be traced to the Ohaukwu General Assembly(OGA) and the Ngbo, Izzia and Effium Consultative Assembly(NIECA) years.

“These two political groups constituted the two major political factions within the local government area during the early days following the return to democracy in 1999. The two groups were sharply divided and employed all manner of measures to out-do the other including use of brute violence.

“The ensuing struggle for supremacy and the occasional violence that characterize the struggle led to mass recruitment of gullible young men into cultism as each group struggled to increase their armies.

“The socio-political implication of the OGA/NIECA years is that large numbers of our young men found themselves as members of one cult group or the other. The trend continued over the years until 2015 when I assumed office as the chairman of Council”, he said.

He disclosed that some stakeholders including his predecessor, a female council boss were sabotaging government peace effort.

“In order not to fall victim of the same situation, I will place before you by way of confirmation that there is sabotage in the local government area. The visit of the governor was for Ukwuagba, Ekwashi and Umuogodoakpu. These are the three communities that have direct land boundaries with Ado local government area.

“Indeed, I want to confirm that part of the problem we have with the Ngbo/ Agila land dispute is sabotage. The people who made the work of the security men difficult are those who have political interest. It is the politicians among the stakeholders of the communities in question that made the sabotage.

“I put on record and challenge to contradict me, that my adminstration will be recorded in history as having arrested and prosecuted more cultists than any other chairman before me”, he boasted.

When Mrs Elom Chinyere was contacted on telephone through calls and text messages, she told journalists that she was not supposed to speak.