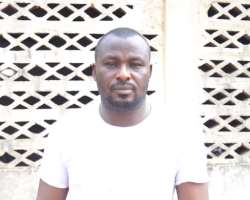 The police in Delta state said a fake major identified as Blessing Emelo, has been arrested by the Divisional Police Officer, SP Ibok Asamanyi.

SP Asamanyi, whose team are attached to the Divisional Headquarters, Ekpan, Uvwie local government area of the state gave the revelation.

The suspect, who the police claimed is from Isoko, was arrested on 6th April, 2019, along Warri Axis.

According to a release by the Police Public Relations Officer (PPRO), Chuks Orisewezie, said: "Luck ran against him on the fateful day, as he gave an order to unsuspecting junior Air-Force personnel to shoot, which almost led to loss of life of a passer-by and the incident was reported to the appropriate authority, which eventually led to the arrest of the purported Major".

It was revealed that the suspect has been making the overture for the past three (3) years, to endear him to unsuspecting members of the public and to enjoy ‘Espirit –de-corps’ from members of the Armed Forces and the Police.

"The suspect, who had confessed to the crime has been handed over to the State Criminal Investigation Department, Asaba and would be charged to court upon conclusion of investigation", the police said.

Meanwhile, members of the public are advised not to go into official transaction with the suspect "and to report any person they found impersonating either the military or the Nigeria Police".