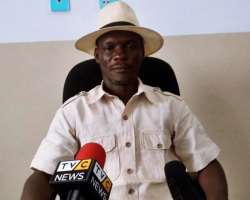 Delta state governor Dr Ifeanyi Okowa, has been called upon to begin the remittance of pensions and gratuity to workers promptly.

The call was made by the National Coordinator, Center for Peace and Environmental Justice (CEPEJ), Comrade Sheriff Mulade, a renowned Niger Delta based Human Rights activist.

Mulade, an environmentalist and Global Peace Ambassador said Okowa should as a matter of urgency order for the remittances of the state government counterpart fund in the contributory pension scheme as well as pay gratuities of civil servants in order for them to get their benefits as soon as they retire while alive.

The CEPEJ National Coordinator bemoaned the situation where workers in the state civil service from local government to other parastatals would work and retire without getting their benefits as soon as they retire, adding that it is a slide to Delta state based on its huge economic resources.

The Peace Ambassador said it is shameful and embarrassing that workers in Delta state pay roll are charged from source their contributory pension but very ironical that Delta state government don't remit its own counterpart fund in the pension scheme which makes it difficult for workers to access their pension and other gratuities benefits acrued to them when they retire from the state civil service.

According to Comrade Mulade, statistics and investigation carried out showed that Delta state government don't remit their contribution monthly for workers pensions but goes ahead to remove that of workers from their salaries every month across all civil servants in Delta state, ministry and agencies, saying if not curtailed now may lead to more human casualties thereby affecting the state population of retired but skillful Senior citizens expertise.

He urged Dr. Okowa to take speedy measure by making sure he clear the arrears and benefits of civil servants who retired before he came onboard and in his administration even as he embark on his second tenure in order to save lives of retired civil servants.

The Niger Delta environmentalist advised Dr. Okowa to show good example by clearing teachers backlog pensions as well as others and put an end to four to five years time before retired people get their pensions benefits as part of strong finishing legacies to be left behind after his successful second term in office.