Ibedc: A Crooked And Criminal Enterprise? 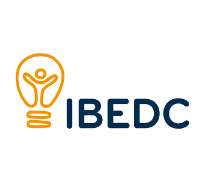 There is the common saying that it was easy for one to be taken out of the ghetto, but not always easy to take the ghetto out of someone. The South African Caucasian Managing Director of the Ibadan Electric Distribution Company (IBEDC), John Donnachie is a living example of this aphorism. Having grown up in racist South Africa, with the aberrant psychology that he is superior in intelligence to a dark or brown skinned person, it was not a surprise the way and manner he has handled the alleged criminal acts of his corporation in Ijeshaland in a toutish and loutish style .

Without deep thought to or any iota of care about the genre of people he was dealing with in the ensuing crisis of electricity distribution and the alleged concomitant crimes committed by his staff in that course, Mr. Donnachie came out to address a press conference to demonize the Ijesha people who were protesting against mental denigration, Omoluabi exploitation, financial savagery and social bondage into which his IBEDC was trying to put them.

In the Press statement that was widely reported in the media, Mr. John Donnachie called the valiant Ijesha sons and daughters resisting exploitation, dehumanization, denigration and humiliation, "hoodlums." In the said Press Statement, Mr. Donnachie had characterized the event as follows:

“When a group of hoodlums armed with dangerous weapons like guns, machetes and other sharp objects from Bolorunduro and Olomilagbala communities under Isare Service Centre, swooped on the office infrastructure.

“They shot sporadically into the air to create panic and chaos while their operations lasted.

“They forcefully gained entry into the cash office, carted away money from our cash collections and took away mobile phones of some of our staff members.

“The same group attacked our office at Oke-Omiru.

“The staff around scampered for safety, then the business hub manager, who tried to intervene was slapped several times before he was rescued by a youth leader.

“The hoodlums then proceeded to our Isokun Service unit and wounded some of our staff, whilst some properties in the various offices were destroyed and monies carted away,” he said.

The company noted it could not adduce cogent reasons behind these spate of orchestrated attacks, robberies and assaults on its staff and infrastructure.

Having been the Accounts Director of Coca - Cola, South Africa; Managing Director, Coca-Cola, East Africa; Group Chief Executive Officer and Managing Director of Ocean Marine Security in Nigeria and Managing Director of Group 4 Securicor Nigeria Limited, Mr. Donnachie, with his socially challenged background in the racist South Africa has imbibed the vampire approach to corporate responsibility, or is it corporate irresponsibility, which is to kick those who are down, to exploit and exploit and exploit without any scintilla of consideration for the welfare of the customers. He has, in his obnoxious greed, forgotten that a happy customer is the best asset of any Corporation.

It is evident that despite all his time in Nigeria, he has never had to deal with the Ijesha people. He has not been able to familiarize himself with their History. He has not availed himself of their psychology. He has displayed an amazing intellectual laziness by not getting to know who his customers were. He obviously missed out a knowledge that would have served him and his blood sucking Corporation well in these difficult times. To call valiant Ijesha sons and daughters, "hoodlums" is an insult aimed at covering up the alleged criminal activities of his IBEDC. It is an attempt to shift responsibility for the crisis from his swindling IBEDC to the courageous Ijesha youths.

His IBEDC company has been fleecing the Ijesha people. They have been collecting money for electricity that was never provided. They have refused to make available to the people, prepaid meters so that they could continue to bilk and swindle the people. They have been doing the so called "estimated billing." How could anyone even do that in a society with Law? How do you estimate someone's use of energy without actual meter reading in this day and age? Is that not fraud legitimized? Or if you like, legalized robbery? How do you, for God's sake estimate electricity bill among a civilized population like the Ijesha people?

Not only that, IBEDC in Ijesha land have been selling a prepaid meter that was not supposed to cost more than NGN40,000 three times the price or even more in some situations. There are reports that the Company have these meters, but IBEDC reportedly is hoarding them and refusing to sell them to the public so that they could continue to do the estimating calculation to cheat the people out of their hard earned money. They have been forcing people to pay for darkness.

Mr. Donnachie and his staff must be extremely dimwitted not to know that such sharp practices would be challenged by such a population who knows the difference between their right hands and their left hands. They ought to have known that with their swindling practices, they were incubating serious social unrest that would have serious consequences. They ought to have known that it was only a matter of time before the bubble bursts.

According to News Agancy of Nigeria's story as published by the Guardian in its report, John Donnachie also said inter alia:

“It is becoming apparent that these attacks on IBEDC are deliberate and intentional, which portends that Ilesha is prone to violence and unrest, we also operate in Ogun, Oyo, Kwara, Osun, part of Ekiti, Kogi and Niger States with minimal upheavals."

The point is that one of the wrong lessons Mr. Donnachie has learnt about Nigeria is that Nigerians are resilient and docile. Unfortunately for him and his obviously crooked company, he has no understanding of the elementary History of Nigeria and its peoples to understand enough that there are 374 Ethnic Nationalities in Nigeria with many of them comprising many strong and independent minded sub-groups. The Yoruba Nation is one of these nationalities and the Ijesha is one of its very strong, well educated, exposed, well traveled, tough but fair-minded, independently inclined and business oriented sub-groups. The Ijesha don't play with their money.

It is evident from Donnachie's statement that even in the States that he mentioned, there had also been "upheavals" which he tried to downplay by characterizing them as "minimal." The question is why is it that there are "upheavals" whether "minimal" or not, in all the areas where IBEDC has been providing electricity services? The bottom line is that IBEDC has a reputation for providing darkness rather than light! And at great costs to their consumers. Donnachie's characterization of Ilesha and the Ijesha people as being "prone to violence" is an obnoxious regurgitation of the usual arrogant, condescending, insulting, denigrating and dehumanizing Eurocentric view of dark and brown skinned Africans.

Every time someone burdened by the greedy, selfish, exploiting, blood sucking, crude accumulators like Donnachie seeks to throw it away, he or she would be characterized as being violent. It was the same way his fellow Caucasians called the valiant women of Aba in 1949, "rioters" rather than freedom fighters who insisted on not paying any taxes without their own consent. Donnachie's sophistry is a pale one with stale substance. This is not Apartheid South Africa where he grew up and where our fellow Africans were held in subjugation. This is not Soweto where innocent freedom seekers were mowed down and murdered. This is Ijesha land.

John Donnachie, should do a detour through History and learn how we chased his fellow Caucasian out of Imo Hills in Ilesha to the point that they were so scared they felt that Ile-Ife was too close for comfort for them to resettle. They had to park their bags and baggage to leave Ile-Ife. They headed to Ibadan. He could pick up the phone and call the British Home Office, they would avail him of the details of that experience.

It is extremely difficult to challenge the idea that IBEDC is a criminal enterprise. The reason being that since the crisis erupted, the company, its staff, management and leaders have been scheming to dupe the people and government of Ijeaha land and by extension. Osun State. They reportedly claimed that materials damaged were to the tune of NGN 232million. But they would not allow independent assessors have a look at their premises. In fact, as I write this, it was being suggested and reported by many that IBEDC was engaged in subterfuge, and damaging some of their equipment on their own in order to be able to ask for indemnities!

John Donnachie is a dubious man leading a dubious company called IBEDC. The Ijesha people should commence law suits against this fraudulent entity. They must be made to explain in the Law Courts the modality for their "estimated billing." IBEDC, without any iota of doubt is owing Ijesha land more than 7.5 billions in naira since it took over the provision of electricity in our area through fake billing alone.

The Courts must be made to make IBEDC pay restitution and indemnities to so many businesses they have frustrated or fraudulently billed. The tailors. The mechanics. The food sellers. The barbers. The grinders. The carpenters and furniture makers. All and everyone should institute cases severally and jointly to make the evil company called IBEDC pay.

With an obviously untrustworthy Managing Director like John Donnachie who finds it comfortable to tell obvious lies by hyperbolizing the damages that occurred, IBEDC could be dubiously seeking to corrupt our judges and tbe judicial system. But Donnachie and his "bill estimators" would fail.

The Ijesha sons and daughters should rise up, mobilized themselves and shake off tbis dirt called John Donnachie and his dubious IBEDC. We have been without light for some time now. We are getting used to it. Even when there was no crisis, IBEDC never gave us any light on a consistent basis. Light could be gone for days, weeks and months in some cases.We could, we should and we must call the bluff of these crooked bill estimators.