By The Coalition of National Democratic Watchdog of Nigeria 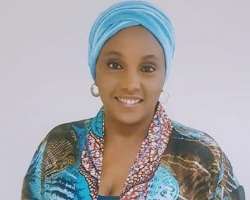 The Coalition of National Democratic Watchdog of Nigeria after a review of the killings in Zamfara has condemned the attack on Zamfara state hovernor, Abdulaziz Abubakar Yari by renowned journalist, Kadaria Ahned.

The coalition in a statement signed by Innusa Tijanni said Kadaria was absolutely wrong by describing the governor as the most useless Governor in the history of Nigeria.

The coalition said looking at security hierarchy in Nigeria, Governors are the chief security officers in their respective states, but do not have any control over the military, police nor any security agency at that.

According to the coalition the police commissioner takes orders from the Inspector General of Police (IGPl in Abuja and not from the Governor of any respective state.

"The fact remains that the constitution has not defined authority of power of control by the Governor, rather, it is the President who is the commander-in-chief of the Armed Forces and as such can issue orders and can appoint or sack erring officers accordingly.

"While it is evident that the primary responsibility of government is to protect the lives and property of her citizens, the real power to control the security agencies of government does not reside with the Governors but rather with the President who is the Commander-in-chief of the Armed Forces.

"Again, it is pertinent to remind Kadaria, her sponsors and her cohorts that Governor Yari has in the full glare of Zamfara people and the security agencies expended billions of naira in the purchase of vehicles, communication gadgets, logistics, etc to enhance the optimal performance of all security agents in Zamfara", the coalition emphasised.

While expressing sadness over the outing by Kadaria, group noted it was unfortunate that the Minister of Defence is from Zamfara state and the reoccurring decimal of kidnappings, cattle- rustling, banditry, etc still persist in Zamfara state.

It further enjoined Kadaria to bear in mind that, difference in political interest or ideological variation should not be overstrecthed to the extent of undermining the collective security of the lives and property of the Zamfara people.

The coalition said it is pertinent that citizens in government should learn to obey the constitution for which they swore to uphold.

"Some indigenes of Zamfara who act as informants to the bandits are also contributory to this problem Governor Yari has on several occasions suspended even the traditional chiefs who collude with criminal elements in providing information and protection for bandits.

"The porous nature of the Zamfara border is also a major source of concern here. Criminal migrants move in and out of the state unchecked. This is further made worse with the proliferation of small and light weapons across Africa. This has frustrated the sincere and genuine efforts of the Yari administration.

" For Kadaria Ahmed, a Journalist to have led this lopsided demonstration without doing due diligence in line with the profession's ethics of investigative journalism is indeed an embarrassment not only to Journalists but to all democrats en route balanced reportage with facts.

"We call on CHANNELS TV, NTA and all television stations collaborating with Kadaria Ahmed to immediately suspend her and desist from using an individual who has thrown investigation, equity and justice to the wind just because of the money released by her sponsors", the. coalotion concluded.