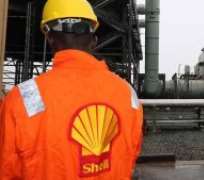 The Anglo-Dutch company disclosed this in its annual sustainability report published on Tuesday, Daily Trust reported.

The newspaper’s analysis of the report showed that the mount paid by the company in 2018 is about $2bn higher than $4.3bn it paid to the Nigerian government in 2017.

A breakdown of the payments received by entities on behalf of the Nigerian government, it reported,  showed the largest chunk of $3,776,418,858 payment went to the Nigerian National Petroleum Corporation (NNPC) as government's share of oil production from projects operated by Shell. The Federal Inland Revenue Service (FIRS) received $1.28bn as taxes also on behalf of the Federal Government.

Analysis of the report also showed that just as in 2017, the total paid to Nigeria by Shell is the highest to any of about 34 countries where the oil giant operates worldwide including UK, Germany, US, Qatar, Canada and Brazil.

Meanwhile, one of the largest oil and gas producers in Nigeria, Exxon Mobil has reportedly held talks on the sale of a suite of oil and gas fields in Nigeria as the company focuses on new developments in US shale and Guyana.