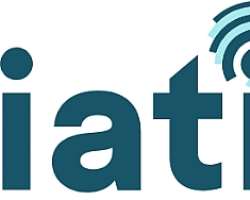 Over the last year, the number of organisations publishing their development and humanitarian spending to the International Aid Transparency Initiative ( IATI ) has increased by a tremendous 45%.

New statistics released in IATI’s Annual Report show that at the end of 2018, 905 (287 more) organisations from donor governments, development finance institutions and UN agencies to NGOs, foundations and private sector organisations published their spending according to the IATI Standard.

More data than ever before is now shared openly and is free for anyone to access, providing detailed information on resource flows, projects and results delivered in developing countries.

These increases were due to factors in two different sectors; humanitarian reporting, and NGO reporting requirements by donors.

In the humanitarian sector, major donors and implementers, including the International Federation of Red Cross and Red Crescent Societies (IFRC) and the UN High Commission for Refugees (UNHCR) began publishing their aid to IATI in 2018. Their progress honours the transparency commitments made as part of the Grand Bargain Agreement at the UN World Humanitarian Summit in 2016.

In terms of donor reporting requirements, the Government of Belgium introduced mandatory rules requiring aid organisations it funds to report their spending to IATI, following similar moves by the governments of the UK (2012) and the Netherlands (2016). The new rules that took effect in April 2018 led to the publication of aid by Belgian NGOs on more than 400 projects across 44 countries.

More data than ever is now available through IATI to support decision makers and civil society to improve the effectiveness and accountability of aid.

For example, analysis from the Government of Madagascar showed that using IATI data revealed an additional $830 million of spending in the country over the last ten years, information that was not previously available to officials from traditional sources.

In 2018 other developing countries recognised the benefits of using IATI data, including the governments of Nepal and Honduras which reported using IATI data to inform the planning and coordination of development and humanitarian resources.

Honduras’ Vice-Minister of Foreign Affairs and International Cooperation reported their government’s national Aid Information Management System (AIMS) was fully compatible with the IATI Standard. Mrs. Maria del Carmen Nasser de Ramos explained that this helped them easily compare information that the government had collected with data published by donors to IATI. Vice-Minister Nasser said that geographic and sector data from IATI was particularly useful to help identify and re-prioritise resources in the country.

IATI is hosted by a multi-stakeholder consortium led by the UN Development Programme (UNDP), together with the UN Office for Project Services (UNOPS) and the UK-based international development organisation Development Initiatives.

In a blog published today, the head of UNDP reflected on 10 years since the launch of the initiative.

Achim Steiner, UNDP Administrator said: “Over the last decade, UNDP has been a global leader in aid transparency. As a founding member of the International Aid Transparency Initiative (IATI), we have been at the heart of a global transparency movement, working to make information on development and humanitarian resources open and accessible for all development partners”.

He added that “UNDP has also ‘walked the talk’, holding ourselves to the highest standards in our own implementation of the IATI Standard. We have published detailed project and result information for more than 4,000 projects worth over $5.5 billion in 2018. Opening our books has made us more accountable to our donors and partners”

Start exploring data on over one million development and humanitarian projects at IATI search platform, d-portal.org .