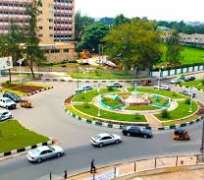 Few months ago I published an article on the topic: “Owerri Zone May Lose the Governorship Seat in 2019.” This article was written solely to give them the sense of direction. I must confess that the article was greeted with mixed feelings by few while majority appreciated my effort in fighting for Owerri zone since 2013 to possess power in line with justice and equity. Today, the zone is in possession of power and no spirit shall take it away from them in Jesus name. Amen!

Orlu zone has ruled Imo for sixteen years but there is nothing to show that we have been in possession of power for such number of years. In the area of infrastructure and socio-economic development, Orlu zone has lost out. The governors that came from Orlu have centered their developmental projects in Owerri zone. This is evident on how Gov. Rochas has developed Owerri-the capital city of Imo, though with sub-standard projects. However, Orlu zone benefitted almost nothing from Gov. Rochas administration, not even sub-standard projects. Okigwe zone also got nothing and this scenario has continued for a long time and we do hope that now Owerri zone has gotten the opportunity to govern, the next governor shall do the needful to justify the principles of political equilibrium.

Owerri zone got it right this time around through the support of Orlu zone. The simple truth is that I was afraid at a time with the avalanche number of guber candidates from Owerri zone; I thought they were unwilling to speak with one voice. Though, I knew that PDP was going to recapture Imo without much problem because of divine programming. In view of my fear of Owerri zone losing this great opportunity i wrote thus:

“In life, we have to study the past very well in order to reposition the future because the past, present and the future are the products of our actions and inactions. In the words of George Orwell, “Who controls the past controls the future. Who controls the present controls the past.” This philosophical saying of Orwell is absolutely correct in line with objective history of mankind. Relating same to the situation in Imo in connection with the political game playing out now, one may hypothetically infer that by seeing and reading the hidden political handwriting on the wall that Owerri zone may be at the verge of losing the governorship seat in 2019.

At the parting Point of Success and failure lies the ocean of hope and destiny and at the meeting point of destiny lies so may “unsayable”. Confusion is the begotten son of a natural man and it comes when it is necessary. I feel it now and wonder if anyone is seeing what I am seeing. I am still a political Prophet and my predictions hardly fail. I am very much afraid now!

I ventured into active politics to correct the ills that has hitherto enslaved our country especially Imo State, only to be schemed out by great and smart manipulators in 2015. I have learnt my lesions very well. As a classroom man, and a social critic who has won many national and international awards for being objective and saying things the way they appear, I thought that politics is a thing I can easily play and have my way; little did I know that appearance is truly deceptive because what you see is not what it is; rather what is hidden is the reality hence in politics without morality, the last conspirators are usually the victors.

Today, I am tempted to say that politics in Nigeria especially that of Imo is dirty even though I am very convinced beyond doubt that politics is not dirty rather those who play it are. Politics is not dirty but majority who play it are very dirty without conscience. I have seen things that have convinced me that Imo State is about going into another round of eight years enslavement and bondage.

Before now I was thinking that Owerri zone is truly prepared to take over the Douglas House in the fourth coming 2019 election, but now I know that the sound of a bitter cola is not how it tastes. Alas I discovered otherwise-great pestilence may await Owerri zone if they miss this chance. It was Lao-Ise who inferred that, “He who understands others is learned. He who knows himself is wise. He who conquers others has muscular strength; he who subdues himself is strong. He who is content is wealthy; he who does not lose his soul will endure”. Following the above, and in line with what is already playing out and what also played out in the 2015 gubernatorial election, I am seeing almost all Owerri zone guber candidate as men who know themselves but refuse to subdue themselves due to greed occasioned by selflessness. They do not fit into Lao-Ise Philosophy of great life hence they lacked understanding of the nature of Imo politics.

They need to reduce the number of candidates. Right now there are about 30 candidates from Owerri extraction in all the political parties. In APGA alone, the number is terrible and very disheartening indeed. Where are the elders from Owerri zone? Can they come in to prevent what played out in 2015 from playing out again in 2019? Oh Owerri may lose again if they ignore putting their house in proper order. This is the time for the elders of Owerri zone to act with wisdom. I know that after the party primaries, those defeated will run to other political parties to try their political strength. The whole candidates are qualified but one person must emerge and must be supported. In 2015 the same thing played out and Owerri zone did not manifest maturity and love for the highly trumpeted chatter of equity.

I sympathize with Owerri zone so much and my sympathy has moved me to write this article. On page 21 of the forty Hadith, Tirmidhi: Nawawi, it states, “A wise person is one who watches over himself and restraints himself from that which is harmful and strives for that which will confront him after death; and a foolish one is he who gives rein to his cravings and seeks from Allah the fulfillment of his vain desire”. I will not in line with the Hadith of Prophet Muhammad call some Owerri zone politicians fools who only chase after the fulfillment or satisfaction of their belly and not after the collective unity of equity, fairness and justices. They are not fools because they are also exercising their constitutional rights. But they need to be guided very well so that they can get what they want. I love Owerri zone so much and I want them to succeed politically.

Some Owerri politicians are not sincere to the unity of the zone and this is common in human nature. In 2019, Owerri zone should shun the philosophy of (Ntala Ugba nola Nmii, ndi uba na barama) in so far so as food and drinks are made available for my satisfaction riches are not my concern. Yes, Gov. Rochas in 2015 understood this philosophy very well as a result he provided little money and drinks together with ugba (African Salad) to Owerri people, they sold their conscience to (Ugba and Nmii) African salad and drinks and voted for Owelle Rochas Okorocha. In 2019, Gov Rochas will certainly provide more drinks and more food for us all; how are we going to react to him?

Fools follow vanity, but the wise man prizes his thoughtfulness as a treasure. Owerri zone should not blame Okigwe zone or Orlu zone for whatever woe that will befall them in 2019 if they fail because the destruction of political equity in Imo State shall haunt them without mercy. I took my time to prepare a paper which up till this moment remains a master piece that was presented at the Imo state holders political summit 2013 which positioned Owerri zone as the major beneficiary of the 2015 election. The paper became the watch word of every political interest in Imo state. At the appointed time, Owerri zone shut themselves on the leg by refusing to harvest the already ripped fruits.

Though I am aware that no zone in Imo state is worthless they can always serve as terrible examples. Yes, the most valuable gift one can give another is good example. Owerri zone has become a good example of betraying themselves. In the word of Athanasius “ you cannot put straight in others what is warped in yourself” A dad example is a lesson to those who want to learn while those who prefer Ugba and Nmii to standing out will always have their reasons for betraying their own.

Socrates said, “There is no possession more valuable than a good and faithful friend”. I hate injustice and detest unnecessary political bravado. Owerri zone refused to produce a consensus candidate in 2015, will they be able to conquer pride and produce a consensus candidate in 2019? If they fail to do this, I see them losing the governorship seat in 2019”.

The above article was widely published and today, I must confess to ndi Imo that Owerri zone for the first time came together and fought for their rights. I congratulate Owerri zone very much for voting for PDP. The victory of ndi Imo in the just concluded election has proved the true philosophy of ‘ohashereism’ which Chief Rochas propounded. Owerri zone got it right this time around and shall continue to get it right until justice is done.