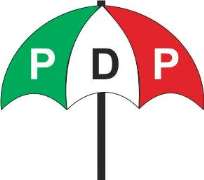 The Peoples Democratic Party (PDP) in Kano has rejected the results of Saturday’s supplementary election.

Ganduje won with a margin of less than 9,000 votes after the collation of figures for the supplementary elections held on March 23, 2019.

But, speaking to newsmen after the collation, acting chairman of the party Alhaji Rabi’u Sulaiman Bichi said “the results were doctored as there was no election on Saturday.

He also alleged that thugs denied PDP members their right to vote.